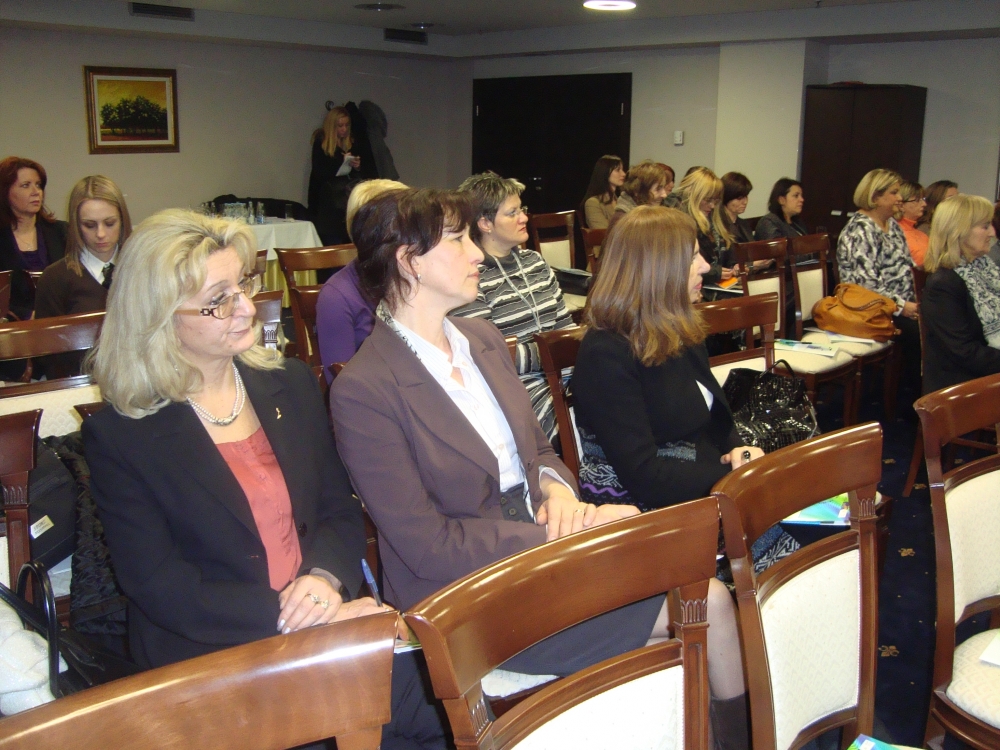 On 22 December 2012 the AWJ held its annual General Assembly at Hotel Europa in Sarajevo. Supported by the Atlantic initiative and DCAF, approximately forty members of the AWJ participated. Mirjana Dević, president of the general assembly, moderated the event.

Coordination Committee members, Amela Mahić and Rada Bjeljac, presented an overview of AWJ activities since the last general assembly as well as the recently drafted strategic priorities of the AWJ. Adisa Zahiragić, president of the AWJ, presented the association’s financial report for the year.

In addition, the General Assembly featured presentations by Judge Radja Bjeljac and Professor Nerzuk Ćurak. Judge Bjeljac addressed women’s age-old struggle for equal rights and emphasized the importance of the achievements made by the women’s rights movement.

She additionally highlighted the on-going and serious violations of rights that women continue to suffer in BiH and beyond. The event enjoyed broad media coverage including individual interviews with AWJ members for both TV and print media. The event was organized and support by AI staff.