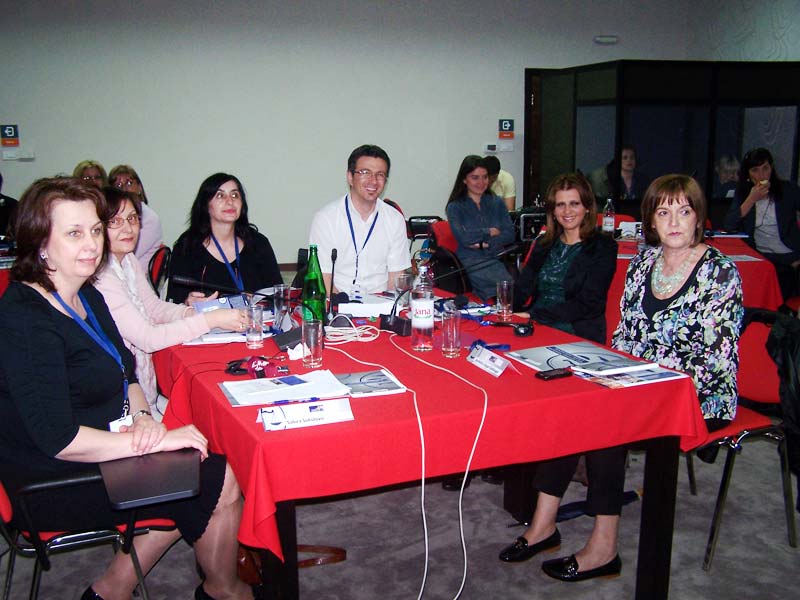 In May 2013, a two-day capacity building workshop was organized and supported by DCAF, the Atlantic Initiative, and the US Office for Overseas Prosecutorial Development, Assistance and Training (OPDAT). The workshop, while not a pre-planned activity under the auspices of the Gender and Justice Reform project, resulted from ongoing communication and collaboration with OPDAT.

In addition to Judge Aiken’s presentations, Sarajevo Cantonal Court Judge and AWJ President Adisa Zahiragić presented a workshop on implementation of the Gender Equality Law, as a follow-up to sexual harassment workshops held in Mostar in April. Both presenters received very positive remarks from AWJ members. Notably, Judge Aiken’s message strongly promoted the professional responsibility of judges to be leaders both in the courtroom and within their communities – a message consistent with the strategic priorities of the AWJ. A significant number of AWJ members approached Judge Aiken and AI/DCAF staff to indicate their appreciation and respect for Judge Aiken and said her message was inspirational. Altogether, 23 judges, 19 from the Federation and 4 from the RS, attended the two-day workshop.