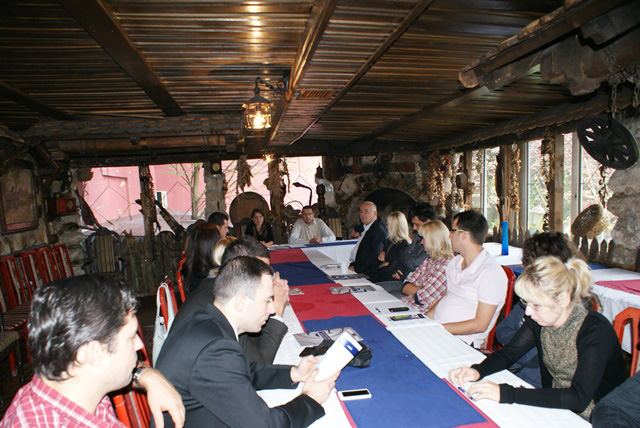 In cooperation with the non-governmental organization the Atlantic Initiative, the Association of Expert Associates and Advisors in Courts and Prosecutor’s Offices in BiH organized a panel discussion on gender in the context of judicial reform, which evoked considerable interest among participants.

On behalf of the Atlantic Initiative, Maida Ćehajić, an expert in gender issues, addressed the participants, explaining the importance of gender as it relates to the role of judicial institutions and emphasizing the significance of the development of sensitivity within the judiciary toward gender issues. The aim of this panel discussion was to deepen knowledge about gender issues among future holders of judicial offices who have already participated in gender-specific cases, such as those involving domestic violence, the position of women in the Roma community, or inheritance.

Expert associates and advisors are mostly younger professionals in the Bosnia and Herzegovinian judiciary, who have great possibilities for advancement, and so it is of utmost importance that this group develop adequate understanding of gender issues, as their attitudes will be one of the important preconditions for the success of reforms undertaken by BiH on the path to European integration in all social fields, including the judiciary.