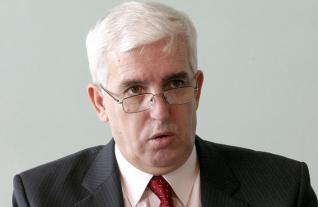 What are the costs and benefits of renewed legal action?

Recently, Geoffrey Nice, the former prosecutor of the International Criminal Tribunal for the Former Yugoslavia (ICTY), asserted that a retrial should be undertaken of Bosnia and Herzegovina’s genocide lawsuit against Serbia at the International Court of Justice (ICJ). Geoffrey Nice’s statement has subsequently reopened debate on whether a retrial is legally possible or even politically desirable. In February 2007, the ICJ held that Serbia and Montenegro was neither directly responsible nor complicit in the Srebrenica genocide; however, they ruled that Serbia had violated the Genocide Convention in failing to prevent it. For many, including the Vice-President of the ICJ who delivered a dissenting opinion, Al-Khasawneh, and the former President of the ICTY, Professor Antonio Cassese, the judgement was unfavourable in requiring an unrealistically high standard of proof to substantiate genocide and in failing to account for the evidence of Serbia’s direct responsibility.

Although the ICJ affirmed the ICTY’s judgement that the massacre committed in Srebrenica was genocide, the Court held that Serbia was not directly responsible. According to the judgement, there was not enough evidence to establish that General Mladic and the Army of Republika Srpska were an extension of the former Federal Republic of Yugoslavia’s power and therefore acting under the instructions of the state, despite evidence that financial and logistical support had been provided to Republika Srpska by Belgrade. Kasim Trnka, Professor of Constitutional Law at the University of Sarajevo, states that the ICJ was not in possession of all the relevant documents of the Supreme Defence Council of the former Federal Republic of Yugoslavia (FRY). These documents were once embargoed and are now available, which is a crucial point, as they demonstrate Serbia’s direct control over authorities in Republika Srpska as well as genocidal intent. Geoffrey Nice acknowledged that while these withheld documents are now difficult to locate, if BiH decides to reopen the ICJ case, it would be imperative to compel either Serbia or the ICTY to release these documents for scrutiny by the ICJ.

Also advocating for a retrial is Strakib Softić, one of BiH’s representatives in the ICJ proceedings and Professor of International Law at the University of Sarajevo. Professor Softić believes that the international community is uninterested in helping with further evidence collection and that the discovery of new evidence is unlikely to occur. Since a successful appeal against Serbia requires the introduction of new supporting evidence on the commission of genocide by Serbian officials, useful evidence would include transcripts of telephone conversations between high-ranking VRS personnel and Belgrade in the days surrounding the fall of Srebrenica. Professor Softić hopes that the evidence presented as well as the final verdicts in the upcoming ICTY trials will be useful in the future appeal against Serbia in the ICJ, with particular emphasis on General Mladic’s trial. However, he adds: “I believe that at this moment in time BiH is not ready for an appeal and will not be until new evidence has been adduced through the ICTY. I disagree with the statement that the standard of proof for genocide is too high—it is a special crime that requires high standards, and what is needed is progress in the amount of evidence collected, not the diminution of the standard of proof.”

Apart from the insufficiency of documented evidence to prove that Serbia is guilty of genocide, there is the obstacle of national politics and sentiments within Bosnia and Herzegovina. Dr. Drazen

, the author of Diplomatic Ambiguity and a political analyst and lecturer on politics and international relations, expressed that, at present, it would be almost impossible for a consensus to arise among the three members of the Presidency. For Atlantic Initiative, Pehar states: “A renewed BiH plea against Serbia is undesirable—not only in terms of good neighborly relations and the new dynamics among the neighboring states that are principal signatories to the Dayton Framework—but also as a matter of principle. I think that the people of these states should rely more on themselves in their renewed efforts toward good relations, and should rely less on external actors such as the EU, the ICTY, the NATO and so on. Solutions crafted, negotiated and achieved from within are much more durable and potent, politically and ethically, than those crafted from without. Of course, this requires, to a certain degree, a political culture that has not yet sufficiently evolved amongst the countries of the Balkans.”

With respect to the need for a political consensus, Professor Trnka said that the retrial would be the continuation of a process in which Bosnia and Herzegovina’s representatives are able to act without requiring the approval of the state institutions. Softić confirms:  “Although I am uncertain about the attitude of the BiH Presidency toward an appeal and the potential for a consensus, it is arguable that a consensus between the Presidency may not be required for the submission of the appeal. BiH already appointed representatives in the previous ICJ proceedings. Therefore, the representatives may still have the authority to file an appeal once they are satisfied that sufficient evidence has been gathered.”

The ICJ took 15 years to pronounce its judgement on the Bosnian genocide case submitted to it in 1993. Beyond the financial burden and the length of time already spent on the case, there is now a time restriction: under the rules of the ICJ, all appeals must be initiated within 10 years of the delivery of the judgement. Professor Softić explains: “It is best to wait until all ICTY proceedings, which should conclude before the end of 2014, are finished before initiating an ICJ appeal.”

However, Professor Pehar is more sceptical about the benefits of an appeal, and therefore highlights: “It is also a matter of practical convenience. If the ICJ rules in a particular way, as it already has, the party that attempts to renew the case demonstrates not only an insufficient level of commitment to the finality of the ruling, but also its own lack of competence, as a former party to the case on which the ICJ passed the decision.”

A retrial of the Bosnian genocide case is another one of the many contentious issues within Bosnia and Herzegovina. Even if the requirement for the introduction of new evidence for a retrial is met, the real question remains that of justice versus reconciliation. According to Geoffrey Nice, an appeal of the case is an obligation owed to future generations, to ensure that others do not rewrite Bosnia and Herzegovina’s tragic recent history and that the past is not open to interpretations. However, whether an appeal will even be undertaken, and what its significance will be for reconciliation, remains to be seen.