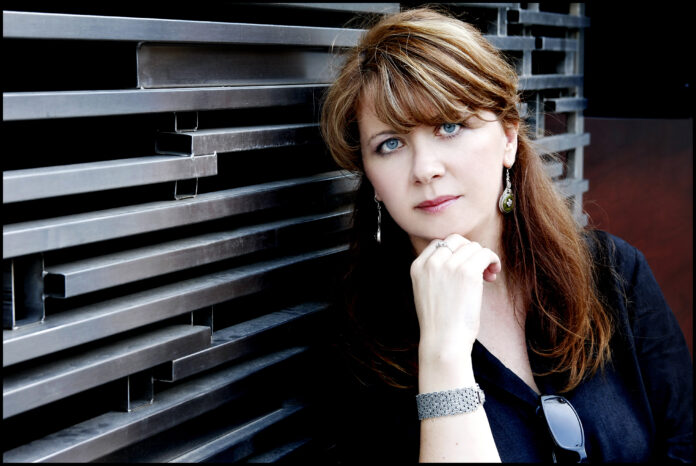 Since Russia’s invasion and annexation of Crimea in 2014, many Western analysts have warned of parallels between Ukraine and Bosnia and Herzegovina (BiH), but these warnings have mostly been ignored by those with the most influence over Euro-Atlantic policy towards Russia. In Europe, reactions to Russia’s “active measures” have been mild, even though they amount to a dirty political war in which disinformation, sabotage, and espionage are deployed as weapons, aimed at destabilizing other countries. Unlike the US, which has responded to Russian measures with a sanctions regime and where investments were made to protect electoral processes after evidence of Russian involvement in the 2016 election was uncovered, most of the European countries impacted by Russian meddling have never officially admitted to Moscow’s interference in their elections or referendums. Moreover, European powers have had relatively little to say about Russia’s very open support for extremist figures and organizations in the European (and global) far-right.

As Russia has mounted a force at Ukrainian borders in recent weeks, NATO-Russia relations have predictably deteriorated, but this has also brought divisions among NATO allies to the surface, to the extent that some wonder whether this was Putin’s real goal. Indeed, the experts themselves are divided. Some believe Russian forces are bluffing when it comes to invading Ukraine and argue that their build up is all part of Putin’s strategy to change the position of Russia vis-à-vis the West and receive guarantees from NATO that it will not expand further east. Others predict that Putin is ready to go all the way, predicting that an invasion into Ukraine will begin in the next few weeks. No one really knows what Putin will choose; including perhaps even Putin himself. Still, whatever move Russia makes, it is clear that the European approach of “appeasement” cannot be the future of Euro-Russian relations.

Events in Ukraine have once again overshadowed the security crisis in BiH, and Western allies are once again reluctant to see similarities between the two crises. But these cases offer significant material for comparative analysis, and the Atlantic Initative addressed this in 2014, discussing the ‘Bosnianization of Ukraine’ (or the ‘Ukrainization of Bosnia’, depending on how you look at it). Eight years later, Russia continues to be the key destabilizing factor in both countries. In this publication, Senad Pećanin, who visited Ukraine at the end of January, writes that the future of Europe will be determined by the fate of Ukraine and BiH, and concludes that “[u]nlike Great Britain, America and Europe are not up to the task.” Yet, Russia has gone too far this time, and whether Western allies wish to or not, they will have to consolidate their response.

There are a dizzying array of crises in the world these days, all requiring the attention of Euro-Atlantic allies, especially the US. But it is important to note that, in BiH and the wider region, Western governments have institutional, economic, and political tools with which they can demonstrate their superiority over Russia. Of course, crises in the region cannot be attributed only to the negligence of the liberal West and the malfeasance of Russia, and the responsibility of local political elites for systemic corruption is unquestionable. However, in the case of BiH, the structure of the Dayton Peace Agreement has incentivized opportunistic ethno-national elites to further develop mechanisms of ethnic domination that eliminate any possibility of political fair play for civic, multiethnic parties. Thus, it is impossible to move from the ethnic to the civic without active engagement by the liberal West and the active mitigation of Russian influence.

But any serious strategy must also address the malignant activities of Serbia and Croatia in BiH. For example, despite Angela Merkel’s symbolic farewell visit to Belgrade, Toby Vogel expresses hope in his text that the new German government will give up supporting autocratic stabilocracies. He proposes that Germany should adopt a more proactive course in BiH and that, as a whole, Euro-Atlantic allies should change their approach to resolving the Bosnian crisis. Vogel brings a dose of optimism, as he sees an opportunity here for BiH to adopt a “new social contract” that benefits citizens, and not ethno-national elites.

The depth and essence of the nationalist ideologies advocated by these elites, who actively work to divide BiH, often seem to be underestimated by Western negotiators and envoys. In recent months, much of their focus has been on corruption and “nationalist rhetoric” in BiH, but the way they use the term “nationalist rhetoric” implies that they fail to appreciate the degree to which nationalism goes far beyond rhetoric. In his text, Vahidin Preljević reflects the gravity of the problem of ethno-nationalism and suggests that corrupt motives should not be “viewed separately from the nationalist agenda.” He frames radical ethno-nationalisms in the Balkans, and in BiH particularly – where they have manifested in the secessionist plan of Milorad Dodik for Serbs to break away from BiH and the demands of Dragan Čović for the “legitimate representation” of Croats in a third, exclusively Croat entity – as an “ideological global war” in which the West has retreated in the face of “Russia’s aggressive onslaught against the foundations of a liberal and democratic order.”

Jasmin Mujanović analyzes the causes of the crisis that has culminated in Dodik’s secessionist efforts and Čović’s call for the establishment of a de facto third entity. Mujanović explains how a toxic combination of Serbian, Croatian, Russian, and Chinese actions have given weight to an “anti-Bosnian axis”. He offers recommendations that could be used as the basis of a platform for political forces in BiH who refer to themselves as “patriotic,” such as the need to establish a strong chain of command, security readiness, and a modern foreign policy, and to recognize that alliances should be prioritized as they can channel the rhetoric of pro-Bosnian actors “into effective political action, both locally and internationally.”

The truth is, all will be in vain if, under pressure from Europe and the US, the demands of the HDZ and Čović for “legitimate representation” are fulfilled. According to Ivo Komšić, this would mean the practical political marginalization of Croats in the region of Central Bosnia, which may encourage some to emigrate. Komšić notes that the rhetoric of the HDZ in Croatia and in BiH is meant to create distance between Bosniaks and Croats, especially in Central Bosnia, because “hate is a political strategy of emigration.” He highlights that Central Bosnian Croats were key to the survival of the state of BiH during the war, and remain so today, as political battles continue to swirl around them. Komšić is skeptical of the intentions of Bosniak leader Bakir Izetbegović, who has shown a willingness to comply with some of Čović’s demands, warning that the strategic importance of Croats in Central Bosnia should not be forgotten or minimized.

In his text, Borut Šuklje takes a closer look at Milorad Dodik – the man who transformed the Bosnian political crisis into a security crisis. Titled “From the Washington Marriott to the written-off political basketball player,” this former ambassador from the Republic of Slovenia deconstructs Dodik’s personality and motivations with the eye of a diplomat. He follows the path Dodik has travelled, from his one-time status as a favorite of the US, hailed by the West, to his relative isolation as a close associate of Russia.
The texts in this issue of the Atlantic Initiative Newsletter take on various aspects of the political and security crisis in BiH, but they are united by the awareness of each author of Russia’s malignant influence. Following the Cold War, when Russia exited the orbit of states treated as a danger to liberal values and was no longer seen as a potential challenge to the strategic interests of the West, it was labelled by the international order as a “harmless” state; and clearly, it can be hard for governments to adapt to changing realities. This is why standard operating procedures and established response models are a shortcoming of large security systems, and are particularly pronounced in crisis situations.

In this case, it seems the West has been committed to viewing events exclusively through the prism of economic power and has thus seen China as the only serious threat to Western domination. The West turned its focus away from Russia after the Cold War; but Russia never turned its focus from the West, and never stopped aiming to harm Western countries and undermine their values.