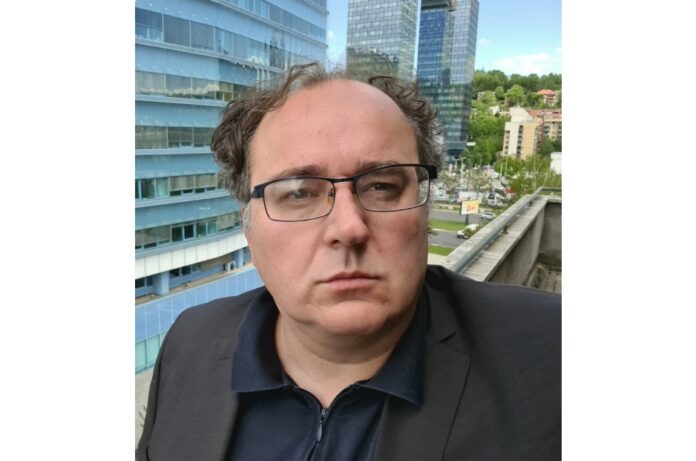 Let me begin with an immediate answer to the question posed above: Yes, radicalization pays off. That, at least, is the lesson embraced by a significant part of the political elite in Bosnia and Herzegovina, who have followed this school of thought for at least the last decade and a half. The current crisis is only the culmination and acceleration of these processes which are now showing their destructive force to the eyes of the world. This has its effects, both internal (mobilization of voters) and external (strengthening of position towards Western powers), but at the same time its internal and external causes. It has deep roots in the political culture of this country, but also in the behavior of the so-called international community.

The rationale behind Dodik’s dangerous secessionist upsurge – the attack on the constitutional order, the formation of para-institutions, and the sharpening of chauvinistic rhetoric (labeling Bosniaks “Muslims”, celebrating the so-called ‘Republika Srpska Day’) – obviously has corrupt economics at its heart. But at the same time it coincides with the great nationalist project, of which it is undoubtedly an extremely important part – a project which for its own reasons supports the political and media elites in Serbia, Putin’s Russia, Orbán’s Hungary and radical right-wingers from various EU countries and the United States. Hence why, before anything else, Dodik wants to stay in power and ultimately get some concrete concessions (most likely ownership of forests, land and rivers). This in the same vein as Dragan Čović’s bid for a concession in terms of an electoral blockade in the Federation of BiH via a law that would forever guarantee the HDZ control over the BiH Presidency. Simultaneously, acting as allies and despite their rhetorical opposition to the international community (Dodik especially), both of them seek political gains with the help of that same international community – which too often grants them.

The fatal concept of appeasement

The role of corruption as a motivating factor (financial or political) should not be viewed in isolation from the nationalist agenda. These two phenomena – corruption and radical nationalism – are closely intertwined and conditional upon one another. Power elites in all three nations, taking advantage of political structures favorable to nationalist rhetoric, have created an effective ecosystem of corruption which is sustained by invoking a discourse of threat from the ‘Others’, along with the threat of betrayal implicating their political opponents. Perhaps it would be most accurate to call this concept ethno-feudalism. It is based on a game by which Milorad Dodik in particular, among others, has prevented any progress and development in Bosnia and Herzegovina during the last fifteen years. The opposition in the Republika Srpska entity, which went along with these discursive frameworks, did not find the strength of will to quash this sphere of increasingly radical nationalism, but rather generated and strengthened it even more.

This is especially clear in the actions of Draško Stanivuković, the mayor of Banja Luka, who has been courting right-wing voters in his public appearances. It is hardly possible to make any internal progress until the framework that allows politicians to compete via their nationalisms is altered. Such a change would require much more persistent work on the ground by domestic and foreign actors; an efficient judiciary free of political influence to prosecute major crime; the building of a plural culture in which chauvinism (such as the glorification of war criminals) becomes socially marginalized; and ultimately such changes to the electoral law (and constitution) that would discourage political action based on ethnic mobilization. The biggest problem in all of that is the treatment of Republika Srpska as an exclusively Serbian entity and the development of the thesis of “another Serbian state in the Balkans”, which is strongly supported by influential political and media circles in Serbia. It is fatal that a symbolic conquest, through joint celebrations and all-Serbian holidays, has been tolerated for years. Also in the consistent ‘clericalization’ of politics and society (e.g. the practice of raising awareness of secular institutions and then introducing baptismal feasts for those institutions, and political parties), and the systemic discrimination against the non-Serb population – disabling the use of the term ‘Bosnian language’ etc. The very name of BiH’s smallest entity promotes the processes of ethnic monopolization in the service of an aggressive great-power ideology that produced war and war crimes in the 1990s, including genocide. This was probably the biggest mistake of the domestic and international negotiators in the Dayton agreement, which is a permanent source of instability.

There are strong external reasons why domestic politicians (mostly Dodik and his SNSD, and somewhat more secretly his ally Dragan Čović) think that radicalization pays off. The international community, which in practice has so far dealt mainly with symptoms rather than causes, has given the impression that it is lenient on the political violence that ethnonationalists have been committing against the citizens of this country for decades. The international community often acts like a teacher who, rather than consistently applying clear rules, instead rewards restless and aggressive children to temporarily calm them down, at the expense of those who follow the rules. The disastrous results of such an upbringing are known to psychology; the fatal message being sent is that violence pays off. In politics, as we know, this method is called appeasement and is modeled on the lenient behavior of Western powers towards Hitler’s Germany in the period before World War II, its pinnacle being the Munich Agreement and the partition of Czechoslovakia.

Europe as a new Weimar Republic

Even during this secessionist crisis – which still threatens to escalate into serious and even armed conflict – Dodik, instead of being treated as a security problem, has been helping EU emissaries “find their feet” in Banja Luka, while doing favors for his ally Čović and the HDZ by insisting on negotiations about the election law at a time when the country is in a state of emergency. Yielding to radical nationalism will hardly contribute to calming the situation at this time, let alone permanently solving the problem. It is counterproductive due to both the domestic and foreign policy implications already mentioned. But more on those further down.
As leading German foreign policy journalist Michael Thumann (Die Zeit) and Gerd Koennen (a great expert and author of an excellent book on the history of communism) recently argued, Russia’s goal is not simply to return to the Cold War, but to step into the desired chaos of the twenty-first century “in which only military strength and national homogenization is what counts”. The precondition for that is the geopolitical division of the West. That is to say, the separation of Europe from the United States, which would make Russia’s military strength more important. The struggle is not only geopolitical but also ideological. Just as the Soviet Union once spread communism, Russia now supports ethnonationalist extremism across Europe: ideas which have a strong anti-Western, anti-civilization stance and openly attack the principles of the democratic, plural and open society that develops within a liberal civil state. In the Balkans, the focal point of this ideological war is the threat to the concept of a multi-ethnic civil state in Bosnia and Herzegovina, Montenegro and, in part, Macedonia.

There is no doubt that Bosnia and Herzegovina – along with Ukraine – has become the most important scene of this showdown. The West must understand that any concession to ethnonationalisms in the Balkans – even if presented as a “compromise” on the election law, and even if tactical – is in fact a retreat from Russia’s aggressive onslaught on the foundations of the liberal and democratic order in the world. Europe is now, in a way, in the same state as the Weimar Republic in the late 1920s and early 1930s. The Weimar state failed and surrendered to National Socialism because it had neither the strength nor the determination to defend itself. Does today’s West have enough determination and strength to defend an order of values that – for all its shortcomings – is the only one that can have universal significance? The answer to this question – which is also the answer to the question of what kind of Europe and what kind of world we want – lies, at least in part, in the approach to resolving the current crisis in Bosnia and Herzegovina.

Vahidin Preljević is a Germanist, essayist and literary translator. Since 1999 he has been teaching at the Faculty of Philosophy, University of Sarajevo. From 2009 he has been leading the Department of German Literature and Cultural Studies. He has written and edited several books and over 90 scientific studies and essays on Robert Musil, Hugo von Hofmannsthal, Viennese Modernism, German Romanticism, Culture Theory, Literary history of the body, the relationship between collective narratives and cultural memory, issues of literary aesthetics. Some of the titles of his books include: Estetika fragmenta (Aesthetics of the fragment), Zagreb 2007, Književna povijest tijela (The Literrary history of body), Zagreb 2013; Sarajevski atentat (Sarajevo assassination), Zenica 2014, Sarajevski dugi pucnji (Zenica 2015), The Long Shots of Sarajevo (Tübingen 2016); Nakon imperije ( After Empire, 2018), Književnost i politička imaginacija u (post)habsburškom kulturnom prostoru (The Literature and Political Immagination in post-Habsburg cultural space, Zagreb 2018), Nähe und Distanz: Eine grundlegende Dichotomie in der österreichischen Literatur der Moderne, (Würzburg 2020), Der Jugoslawien-Komplex in Peter Handkes Werk: Eine kritische Bestandaufnahme nach dem Nobelpreis, (Würzburg 2022, forthcoming). He edited several Bosnian editions of works by German writers and translated works by, among others, Christa Wolf, Novalis, Leo Perutz, Hugo von Hofmannsthal, Arthur Schnitzler, Georg Büchner, Frank Wedekind. He is visiting professor at the universities of Würzburg, Saarbrücken, Halle, Vienna and Konstanz. He is multiple DAAD Fellow and winner of the Werfel Scholarship of the Austrian Ministry of Science, Fellow of the Trinity Long Room Hub in Dublin. He is the holder of the Honorary Cross for Science and Art of the Republic of Austria, which was awarded to him by the decision of the President of the Republic in 2017. He is a member of the Writers’ Association of BiH and P.E.N. Center of BiH.