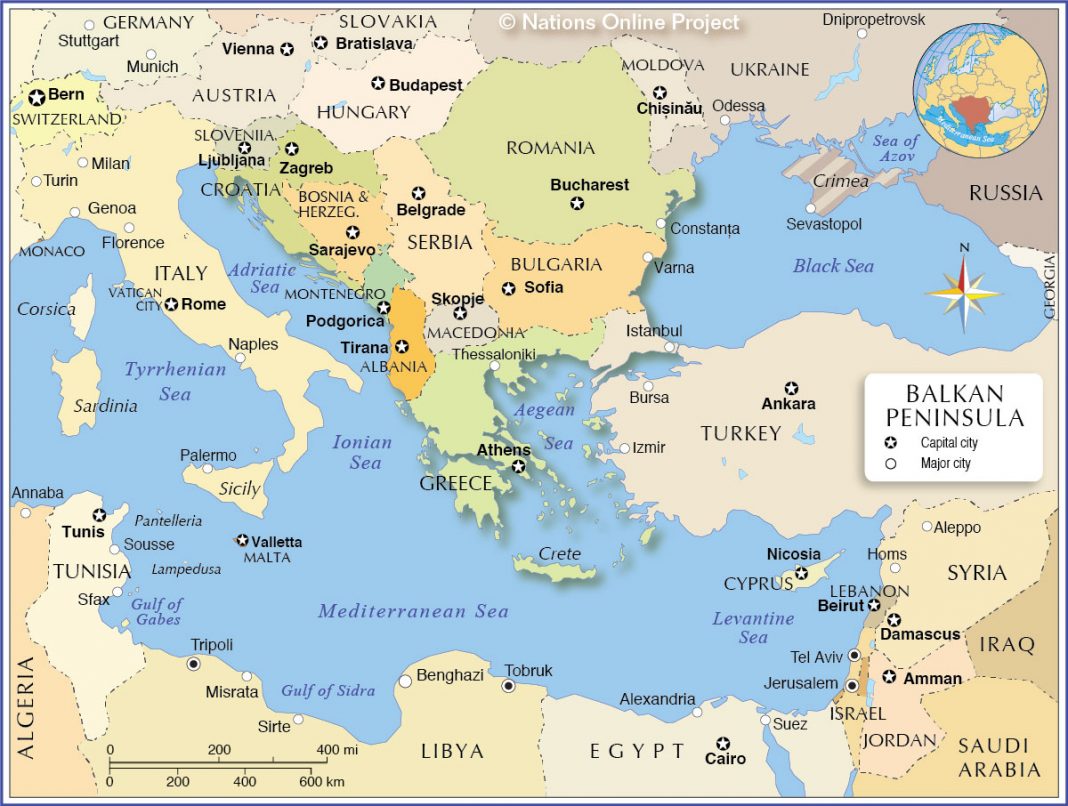 For nearly two decades, NATO has safeguarded security in the Western Balkans. In that time, the region’s engagement with NATO has been shifting increasingly from peacekeeping and crisis management towards Euro-Atlantic integration.

“We want to see the whole of this region sharing the stability and the well-being of the Euro-Atlantic community of nations,” said NATO Secretary General Anders Fogh Rasmussen during a speech in Montenegro on 29 June. “We want to see you benefiting from it. We want to see you contributing to it. And we want to help you to get there.”

NATO has helped move the Western Balkans away from ethnic conflict towards a safer, brighter future. Within a few years of having deployed its first peacekeeping mission to Bosnia and Herzegovina in December 1995, NATO mobilized to intervene in the Kosovo crisis to prevent a humanitarian crisis and deployed the NATO-led Kosovo Force in 1999. In 2001, NATO along with the European Union came to the assistance of the former Yugoslav Republic of Macedonia¹, facilitating the end of an internal conflict,  later deploying a task force to collect weapons from insurgents and supporting  the implementation of a peace agreement.

While the mission in Kosovo is ongoing, the focus of relations with partners in the region has shifted towards developing cooperation to promote reform and Euro-Atlantic integration. NATO’s Partnership for Peace programme has had a major impact, engaging partner countries in political dialogue and helping them with reform challenges, especially in the defence sector.

The Secretary General stressed that NATO would continue supporting the entire region on the way to Euro-Atlantic integration and that the Alliance’s door is open for those who share the same values of peace, freedom and democracy.

“NATO’s vision for the Western Balkans region is clear: Euro-Atlantic integration is the best guarantee for peace, progress and prosperity,” he said. “It is up to political leaders across the Western Balkans to demonstrate the courage and determination to create a better future — for their own nations, and for the entire region.”

An important indicator of the progress that has already been made in the region is that some former partners have joined the Alliance, namely Albania (2009), Croatia (2009) and Slovenia (2004).

Three partners in the Western Balkans are membership aspirants. The former Yugoslav Republic of Macedonia¹, will be invited to start accession talks when a solution to the issue over the country’s name has been reached.

Montenegro joined the MAP in 2009 and Bosnia and Herzegovina was invited to MAP in 2010, pending the resolution of a key issue concerning immovable defence property.

While Serbia does not currently aspire to join NATO, it is seeking to deepen cooperation with the Alliance and further its European Union integration goals.

Another important measure of progress in the Western Balkans is the fact that partners that were previously “security consumers” are now themselves contributing to international security by supporting peace-support operations abroad.

The former Yugoslav Republic of Macedonia¹ has been contributing to the NATO-led International Security Assistance Force (ISAF) in Afghanistan since 2002, Bosnia and Herzegovina since 2009, and Montenegro since 2010.

1. Turkey recognizes the Republic of Macedonia with its constitutional name.