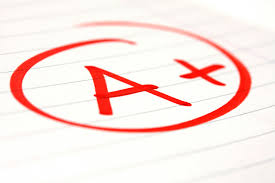 Positive Examples in the Fight Against Juvenile Delinquency

{gallery}newsletters/18/3{/gallery}The project “Excellent, A+” (“Odličan, 5+”) represents a positive commitment in the fight against juvenile delinquency.  This problem is on the rise in Bosnia and Herzegovina (BiH) and a societal change of consciousness will be required to diminish its negative effects and ultimately prevent these crimes.  Director of the marketing agency Mark IN and one of the founders of the project, Boris Cigler, recently spoke with Atlantic Initiative about why “Excellent, A+” was initiated and the challenges it has encountered.

AI: Why was the project “Excellent, A+” initiated?

Cigler: “Excellent, A+” is being implemented by the Association of Citizens’ Ju Jutsu Club “Dragons,” in cooperation with Mark IN agency.  We are following an action plan strategically designed to decrease and prevent juvenile delinquency in the Sarajevo Canton.  We believe that only a systematic approach can help resolve the acute problem of juvenile delinquency both in Sarajevo and throughout BiH.  Our main project activity is the preparation of affirmative educational projects and their joint implementation with the electronic media.

As I previously mentioned, the project seeks to provide a systematic approach to combatting juvenile delinquency.  We are aware that prevention will require significant commitment and action at all societal levels.  Our intention is to exploit the affirmative power of the media to influence parents because they play perhaps the most important role in the prevention of juvenile delinquency.  This project is unique because parents are our target group.

We launched “Excellent, A+” in October 2010 with the explicit goal of preventing juvenile delinquency.

AI: What prompted you to start this project?

Cigler: Denis Mrnjavac’s murder was a warning that the situation regarding juvenile delinquency must change.  Given the problem’s complexity, government inefficiency and a lack of interest on the part of responsible institutions and individuals, we knew it was important to make some sort of effective contribution.  Our idea was simple: to bring our knowledge, ideas and resources.  Most importantly, we just wanted to be present.

It’s not normal that parents would forbid their children from riding the tram.  However, since Mrnjavac’s killing, this is  totally justified.  I’m worried that soon parents won’t even want their children to walk down the street alone.  A culture of violence has been cultivated in BiH and I believe the media can act as an agent for change.  This would entail not only consistently reporting about this problem, but also offering new ideas and potential solutions.  The media plays a powerful role and we are all under its influence.  However, it often communicates the wrong values to society.  Think back to the former Yugoslavia when propaganda was used.  We all watched Partisan movies and went to organized activities for children and youth.  Why can’t we use these techniques now for communicating positive values?  In this case, I’m specifically suggesting media-based education.

This project is important for me on a personal level.  I used to be in similar situations, much like the late Denis.  I knew just what to wear and kept a knife on me at all times for self-defense.  This is in no way normal, but I was rather rowdy and had my fair share of bullies to deal with.  Since I had to face this issue during my youth, I’m now trying to positively influence the future.  I don’t want my child to go through what I went through in a decade.  Perhaps this is pragmatic and selfish of me, but it is the right thing to do.

AI: How was the project conceived?

Cigler:  Basically, the project uses short TV broadcasts designed by professionals under the guidance of teachers.  Our goal is to create educational and informative content that appeals to parents, and all adults in general.

It’s a two-part show.  During the first part, we conduct interviews with parents and teachers.  Through the use of clear and precise questions, we’re often able to find solutions to some of the problems parents encounter when raising children.  The second part of the show is reserved for the “A+” section when we present ideas, activities, concepts, clubs, NGOs and other initiatives that are working to reduce juvenile delinquency but have not received sufficient media attention.

AI: Why do you think “Excellent, A+” is significant?

Cigler: The most important aspect of this project is that it provides a forum for parents to interact with experts.  These experts are specially trained to help parents find the best possible ways to positively communicate and interact with their children.

Parents in BiH live in a transitional country and face many problems on a daily basis.  It’s easy to see that parents don’t have additional time or money for educational programs for themselves or their children.

AI: Which individuals or organizations support this project?

Cigler: The municipality of Stari Grad has supported this project from its conception until the present.  This continues to be the only organization supporting “Excellen, A+.”

Due to a lack of promotion and specific financial support from relevant institutions, we were forced to suspend the project on December 31st, 2010.  A month after what we thought was the final broadcast, the municipality of Stari Grad once again decided to support this project.  We resumed operations on January 31st, 2011 exclusively via the support of the municipality of Stari Grad.  We are now searching for additional donors in order to secure the project’s future.

AI: Do you think we can expect an improved security situation in BiH in the next few years accompanied by a reduced number of juvenile offenders?

Cigler: Unfortunately, I believe that the situation will only get worse.  Juvenile delinquents have seen that they can act with impunity.  The inefficient government institutions clearly lack solutions.  I am particularly troubled concerning the future because today’s delinquents can become tomorrow’s hardened criminals and gangsters.  If at 16 you’re capable of pouring gasoline on other people and burning them or murdering someone in a tram, imagine what you’ll be capable of at 25 or 30.  Juvenile delinquents need to be appropriately punished and then rehabilitated.

It may be a pessimistic view, but I believe we’ve already lost the opportunity to effectively deal with today’s juvenile delinquents.  Instead, I think we should concentrate on future generations.  We have to work today for a better tomorrow.  We can help today’s children form healthy personalities through educating their parents and offering social guidance.  Parents have an essential role to play in developmental processes, and I’ve already spoken about the important position of the media.   The tragedy is that children who once dreamed of being firefighters or police officers now actually want to be criminals.  Frankly, why shouldn’t they want that?  It’s easy to see in the media that criminals drive nice cars and have lots of money.  In a child’s perception, they actually live better lives than honest, working people.

Responsible institutions attempt to justify the statistics, but no organization has attempted to deal with the specific character of delinquency.  In my opinion, it’s totally unacceptable that public transport is plagued by instances of stabbing or shooting on a yearly basis.  Some of these incidents are a result of organized criminal organizations in isolated areas of the city.  Nevertheless, it’s distressing to think that you could be killed on your way to work regardless of who’s driving the car or tram.

The lack of prevention means that the future can only be worse and even more dangerous.

Let us sound the alarm for the authorities.  We hope they will recognize the importance of prevention and our efforts via “Excellent, A+.”  Parents, children and ultimately, all of us, need such a program.