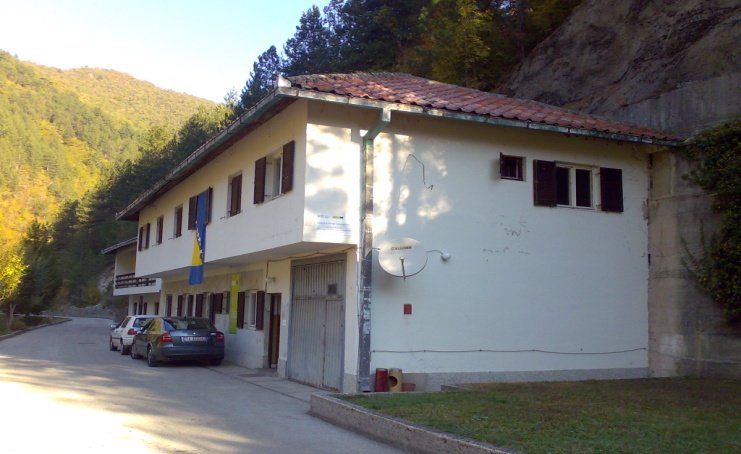 This is a story about one of the largest and best-kept secrets of the former Yugoslavia, a miracle of construction at its time, a special, extraordinary complex for special purposes – a secret facility called the D-0.

Facility D-0 is better known by the name of ARK (Army Reserve Command) or “Tito’s nuclear bunker.” D-0 was built in strict confidentiality, under the title “top state secret” and the construction lasted for 26 years, from March 1953 to September 1979.

The purpose of the facility, as can be seen from the name itself, is the shelter and protection of the closest political and military leadership of SFR Yugoslavia in the event of imminent nuclear threat. ARK was equipped to receive 350 people for an indefinite period, and was built to be self sufficient, without any contact from the outside world, for six months. Residents were provided with everything – from food and drinking water to air conditioning and cable television in every room.

Facility D-0 is located near Konjic, in the Zlatar Mountains on the right shore of the Neretva River. The deepest point is located at 202 meters from the entrance and 280 meters from the top of the mountain. The bunker covers a total of 6854 m², has more than 100 bedrooms, two large conference rooms, five operational centers with direct phone connections to the presidents of all Yugoslavian federal republics, two kitchens, five large heads, crypto center  etc. Inside the bunker there are a great number of rooms housing a total of 21 maintenance systems (generators for electricity and a cistern with oil, rooms with air conditioning, air purification systems and water etc.), a hospital with an operating room. It was medical equipment from this bunker that was of exceptional value to the hospital in Konjic during the war.

D-0 ARK is built in a horseshoe (Ç) shape. On the top of the “horseshoe” are the entrances to the bunker that look like ordinary housings and even the most creative person would not suspect that it was something more than a house. Inside the horseshoe, in the best-protected part, are the blocks designated for the use of the presidency and the government. Particularly luxurious, even for this time, are the workspaces of Josip Broz Tito and his wife, Jovanka, their dining room and the room of Prime Minister Dzemal Bijedić.

According to official information, Tito has not visited his bunker ever, but according to unofficial rumor, in 1968, when he came to visit Konjic, he also visited his concrete city.

The D-0 ARK cost the taxpayers of the former Yugoslavia, 4.6 billion dollars. This makes it the third most expensive project of the Socialist Republic. Only Zeljava airport in Bihac and the naval port Lora in Split were more expensive. The construction of the bunker carries a lot of mysteries and questions to which no one knows the answers. Although it’s a grand object, no one knew about its construction, not even the nearest neighbors. One such question is where did more than 20 000 cubic meters of extra building materials from ARK disappear to? As our guide explained during the tour of the facility, there are opinions that the Jablanica lake was created in order to hide huge amounts of rock and soil resulting from excavation of the mountain. The workers were transported to the bunker blindfolded, and only on-site, within the walls, they were allowed to remove the blindfold. Our guide also said, recalling the testimonies of some workers, that there was not a single shift when at least one worker did not die. If we assume that they worked only one shift per day (a lot more likely that they worked in several rotations) and that in every shift one worker died, we come to the conclusion that in the building of Tito’s hideout about 10,000 people lost their lives.

After the construction of the facility, and its opening in 1979, only 16 people knew of the bunker’s existence – three generals and 13 soldiers who worked on serving the facility. All of them had to take an oath to preserve top state secrets.

Facility D-0 is one of a kind in the wider area, the total of the energy consumed and knowledge of its existence is designed to disappear. “Destroy everything you can not take!”, was of the order of General Kukanjac to Colonel J. Ryan, who was at that time director of the bunker. The building was mined with 4,500 pounds of tortilla, but, fortunately, some brave people ruined the plan and the object was preserved.

Today, the owner of the nuclear bunker is the Ministry of Defense BiH. In recent months, ARK has been converted into a gallery for artists from the region, Europe and the world. This year, the first Biennial of Contemporary Art was held at D-0 ARK.An exhibition, Underground – ‘Time Machine’ – No Network! was attended by 47 renowned artists. Some of the set pieces from the exhibition are still in the facility. Over 10,000 people attended the Biennale exhibition, the same number of tourists who annually visit the bunker. There is an interest to repeat the Biennale next year. However, before that, there should be a preliminary decision about the bunker’s future owner. D-0 is on a list of military property that is currently the subject of dispute. Initiatives are in progress to have this site proclaimed as unusable for military purposes. Therefore its ownership allocation would go to the local community. In this way the bunker would be placed on a list of tourist destinations, and as a consequence, the many tourists and artists visiting the site would support local community development.

The excavation of the pyramids in Visoko will take time, but Tito’s bunker, the wonder of now and then, is ready and waiting in Konjic. We can and should use it, and turn it into the miracle moneymaker it has the potential to be.