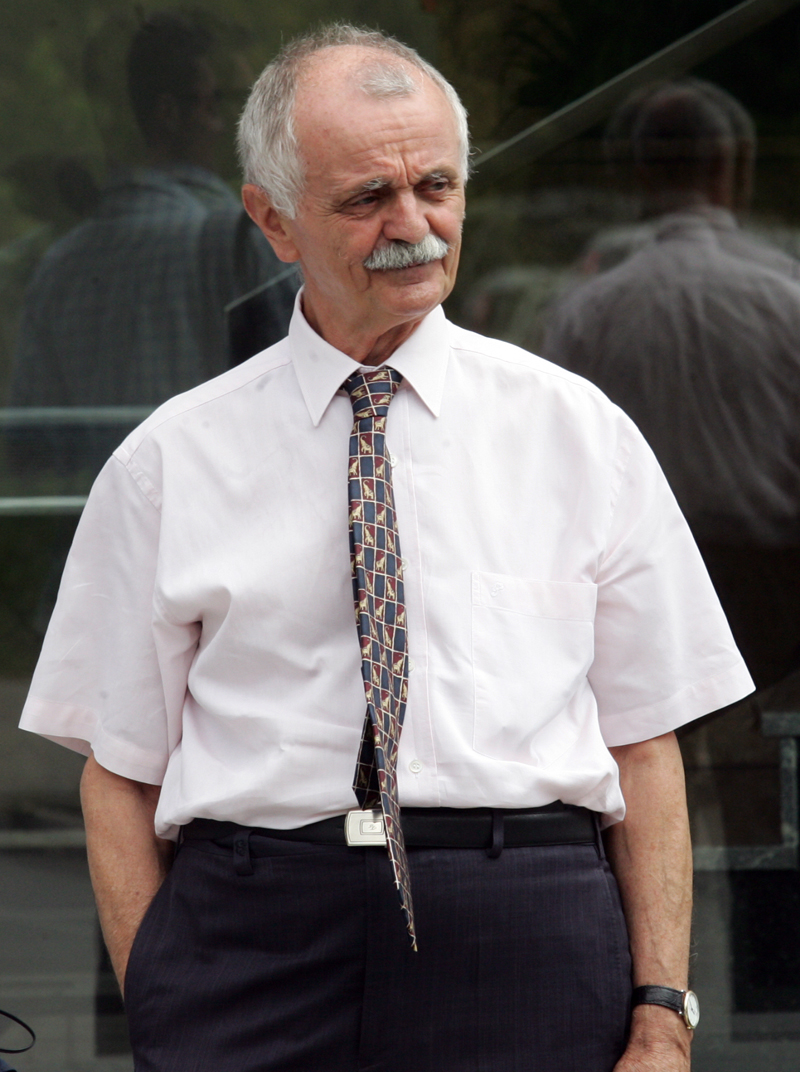 Mr. Somun, Mahmud Abbas did not get a unanimous support of the Presidency of BiH for Palestinian membership in UN, because Nebojša Radmanović thinks of it as premature. Is it possible to reach an agreement in the Presidency before making the decision in UN?

– It will be hard to achieve, but as the Presidency reached and agreement about the recognition of  the National Transitional Council of Libya, it is possible that the relations to Palestine change too. It will depend on final stance of Serbia on this, because the leading people of RS, Milorad Dodik and Nebojša Radmanović follow foreign affairs policy of Serbia, and sometimes are even more radical than official Belgrade. In the case of Israel and Palestine they go even further. In Israel, besides the embassy of BiH, there is a special representative of RS. Politics of RS towards the Palestinian issue  and everything in Middle East is under heavy influence of Israel. President of RS visited Israel and gave statements there that show his unquestionable support of Israeli politics in the Middle East.  Palestinian President Mahmud Abbas, who came recently to Sarajevo to consult about his intention to ask the Security Council and the General Assembly of UN to recognize Palestinian statehood, understood the political situation in BiH and its internal divisions. In a conversation with him I was personally convinced that he understands that this is an issue that is delicate for our country and an issue that will be talked about before the session of General Assembly of the UN. The public understood his statement that members of the Presidency comprehend and support the Palestinian stance about statehood, but with “more or less warmth” as that BiH will vote for their proposal, so the President of RS Milorad Dodik denied those claims immediately. And Abbas told me too that he did not see consultations with the Presidency as a final answer, because Nebojša Radmanović said they will talk more about that issue. I told him that he most probably meant that there will be more talk with Belgrade.

Why is BiH divided about this issue? Will the announcement of Vuk Jeremić about the support of Palestine (expecting in return the support of Arab world of Serbia on the issue of Kosovo) soften Radmanović?

– I suppose that Jeremić, during the recent visit to Banja Luka after the meeting of German Chancellor Angela Merkel with President Tadić, besides talking about Kosovo, talked about this with the entity’s leadership. Kosovo will be one of the topics of Security Council session, rather than Palestine, and only then it will become clear if Jeremić’s expectations that some Arab countries and some other countries from the Nonaligned Movement will stay reserved towards the question of the independence of Kosovo. Jeremić, as it is widely known, used a lot of his diplomatic ability (or disability) to convince the countries of the Nonaligned Movement not to recognize Kosovo.  If there was some trade that occurred then, that Serbia supports Palestine in UN, that could be the only thing that would change the course of RS on the issue of Palestine.

Is permanent peace possible between Israel and Palestine?

–  Although the crisis lasts for more than six decades, not so soon. But I think that these revolutions in the  Arab world could speed up the final solution of that crises. First, the declarative support of the authoritarian government of Palestine – that they kept on high temperature as one of the tools from distracting the masses from vital problems of their society – is already becoming a part of a reform movement. Second, Israel looses Egypt as a strategic ally in the region and the peace treaty can be overturned tomorrow, and on the other side, relations with Turkey are worsened,. Also, after Asad’s regime, a regime that will not stop Palestinians to get into Israel might come up. In the long term, and here I mean on a few years, this Arab movement can indirectly influence internal changes in Israel, to make it more liberal, and even get in power people that would be more peaceful towards Palestinians, not more radical. It could cause the strengthening of the democratic powers, rise of the left and peaceful non-government organizations. The way things are today, with current politicians in Tel Aviv, and internal Palestinian divisions on “Fatah” that recognized long time ago the state of Israel and advocate peaceful coexistence with them, and “Hamas” in Gaza, that still cling on to the extremist viewpoints from the past, peace negotiations will not bring peace. With all my assumptions, a radical pressure of USA on Israel is necessary to achieve progress in negotiations and a lasting peace. Obama’s administration was going in that direction, but stopped because of other problems in USA and a resistance from still powerful conservative Jewish lobby.

What consequences for the world peace could a Security Council of UN decision to not support the application of Palestine have?

If UN accepts Palestinian application, that could strengthen the radical forces in Israel, and if it denies the application, it will not be a disaster, as President Abbas says, that would have an impact on world peace, or on peace in Middle East. Palestinians are doing this now to make their voice heard, to get a wider international support, and to strengthen their position in peace negotiations with Israel. Even in diplomacy, radical is followed by radical, so the Palestinians should not just sit and wait what will Arabs or Americans, or Europeans say and give to them, but they should start their own initiatives to show how ridiculous the current state is.

-I think that the withdrawal of Gaddafi will be beneficial to Libya, because it is never good when one man is in power for all those years. Libya will now face a hard transformation from a totalitarian, isolated political system to a democratic one and more open towards the world. It is only Gaddafi’s fault that he did not accept the reality earlier and stepped down, to avoid internal bloody conflict and destruction, including an oil wells from which this country made a living of. Current state of affairs in Libya is very hard, similar to the one in Iraq after the fall of Saddam Husein, but stances and activities of Transitional National Council of Libya, that show that there were democratic forces in Libya all this time, but they were oppressed by Gaddafi’s dictatorship  and tormented by his tribal – police regime.

Why did the Presidency of BiH wait so long to recognize the TNC of Libya? Will this delay have negative consequences for the return of BiH companies in Libya?

Hundreds and thousands of BiH citizens, and of ex-Yugoslavia in general, worked in Libya and returned with not only nice memories, but some big money from that country as well. This is why the people from this region had some special sympathies towards Gaddafi, and our media did not report on some negative information about him – like for example banishment and brutal assassinations of his political opponents, wasting of oil money on luxurious life of his sons and associates. That fetish of money and wealth, that took over the rule of the world, influenced that our people as well hear with sympathies that one of the Gadaffi’s sons bought some Italian football team. Besides the political background, I see in that too, one of the reasons for delayed recognition of the new state of affairs in Libya and the recognition of TNC of Libya. Behind all those political reasoning stood an interest that BiH companies continue the contracts they have with Gaddafi’s people, and that is understanding. On the other side, presence of BiH companies and people left trace in all social circles of Libya, so I do not think this delayed recognition of TNC will have an important impact on future relations of Libya and BiH. Our companies will still be sought after, especially on destroyed building they built, on damaged roads and infrastructure.

The World After “Arab Spring”

“Arab spring” and its global consequences?

-The consequences for Arab world will be great, because they will, after a long-lasting lethargy and internal conflicts, get involved in global democratic courses. For Europe, it is very important that democratization, acceptance of parliamentary democracy, contemporary norms of the civic society and human rights, reach the coasts of the South Mediterranean. That society is built in which the revenue gained from the oil and other natural resources trade will be allocated in a more righteous manner – so it is used for development projects, industry, living standard of the masses, etc. instead of building the tallest structures in the world, while at the same time in their proximity middle age methods are used to break human rights. It is important that some sort of Renaissance of the society, like the one Europe had been going through for several centuries, happens in Arab world. Also, “Arab spring” that  became “Arab summer”, could have a globally positive impact, most importantly on, as I already said, the solution of Israeli – Palestinian crisis, stabilization of Iraq and other crisis regions as well.