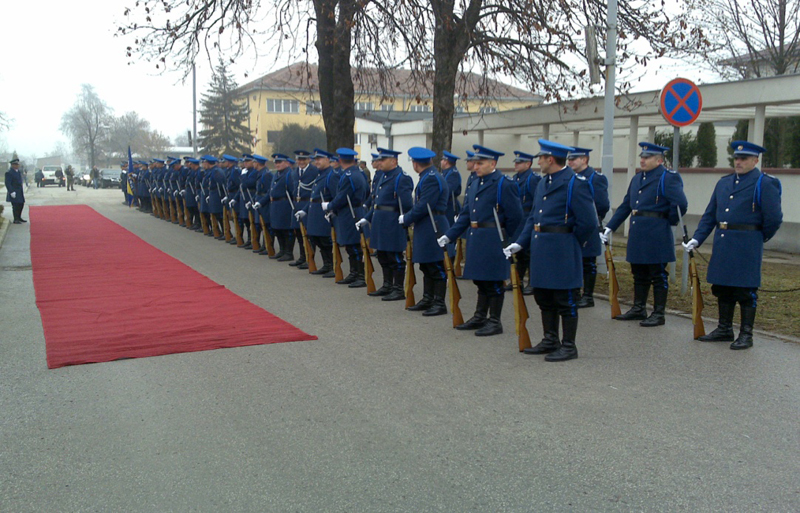 Example of a successful reform

Many agree that a better future is ahead of Bosnia and Herzegovina if it will know how to use its natural resources. First of December – the Day of the Armed Forces of BiH – and the time spent in the Rajlovac barracks on a ceremony on that day presented the greatest potential of our country – people.

Every day we hear about the successes of Bosnians worldwide in various areas, from sport to science and art. We think that in order to achieve good results, it is necessary to leave the borders of Bosnia and Herzegovina. However, for its 6th birthday, the Armed Forces of BiH showed that it is not necessary to leave the country to search for success. On the contrary, it is only needed to be well organized and led, and then success in Bosnia and Herzegovina is possible too.

According to Chief of Joined Staff of Armed Forces of BiH, Lieutenant-General Miladin Milojičić, the AFBiH in 2011 managed to, in spite of the aggravating circumstances caused by political turmoil, fulfill all duties and once again showed that they are “capable of realization of all set tasks”. Milojičić emphasized that the demining units of AFBiH cleared around two million square kilometers, and like in past years, helped civilian agencies in crisis situations, especially with natural and other disasters and accidents. The process of modernization and and rejuvenation of Armed Forces was successfully continued this year, and together with the activities in the country, participation in peace missions was resumed as well.

„In this moment, that because of its complexity requires complex solutions, those that will be satisfactory to all, to the country as a whole, defense structures show that such solutions are possible”, said Minister of Defense of BiH, dr. Selmo Cikotić.

Minister pointed out the importance of military profession and what was done so far in the Armed Forces: “All of you standing in a lineup of dignity have a reason to be proud, because you are marking one important era in the development of the state.”

Such progress would not be possible without friend partners  NATO, OSCE, embassies in Sarajevo and others, and the Minister expressed special gratitude to them.

The reform process started in 2002, when the General Secretariat of Standing Committee on Military Issues was formed, the predecessor to the Ministry of Defense of BiH. Next year, the Defense Reform Commission of BiH was formed, and first Defense Law of BiH was adopted that formed the Ministry of Defense of BiH. In March 2004, first Minister of Defense of BiH, Nikola Radmanović, and his deputies Enes Bećirbašić and Marina Pendeš were named. In May that year, the first joint exercise of RS Army and FBiH Army was performed, and in June the prime ministers of NATO countries on a summit in Istanbul urged Bosnia and Herzegovina to make a “constant progress towards the formation of unified armed forces”. The next month, 13 Generals of Armed Forces of BiH were named, and after that the Honorary Unit of AFBiH was formed.

The Presidency of BiH brought a decision in February 2005 that expressed commitment of Bosnia and Herzegovina for NATO membership, and soon after that the Law on Participation of Armed Forces Members, Police Officers, Civil Servants and Other Employees in Peace Support Operations and Other Activities Abroad. After that, the Presidency of BiH brought a decision on sending AFBiH soldiers to peace support mission in Iraq, and a unit for unexploded lethal device demolishing was deployed to this mission.

Entity ministries of defense and armies were abolished in January 2006, and in July that year, the Presidency of BiH brought a decision on size, structure and locations of AFBiH. In December 2006, first anniversary of AFBiH was marked, and in the same month, Bosnia and Herzegovina was admitted to NATO’s Partnership for Peace program. Today, the Armed Forces of BiH participate in peacekeeping operations worldwide, and their most important engagement is with an infantry unit in ISAF mission in Afghanistan.