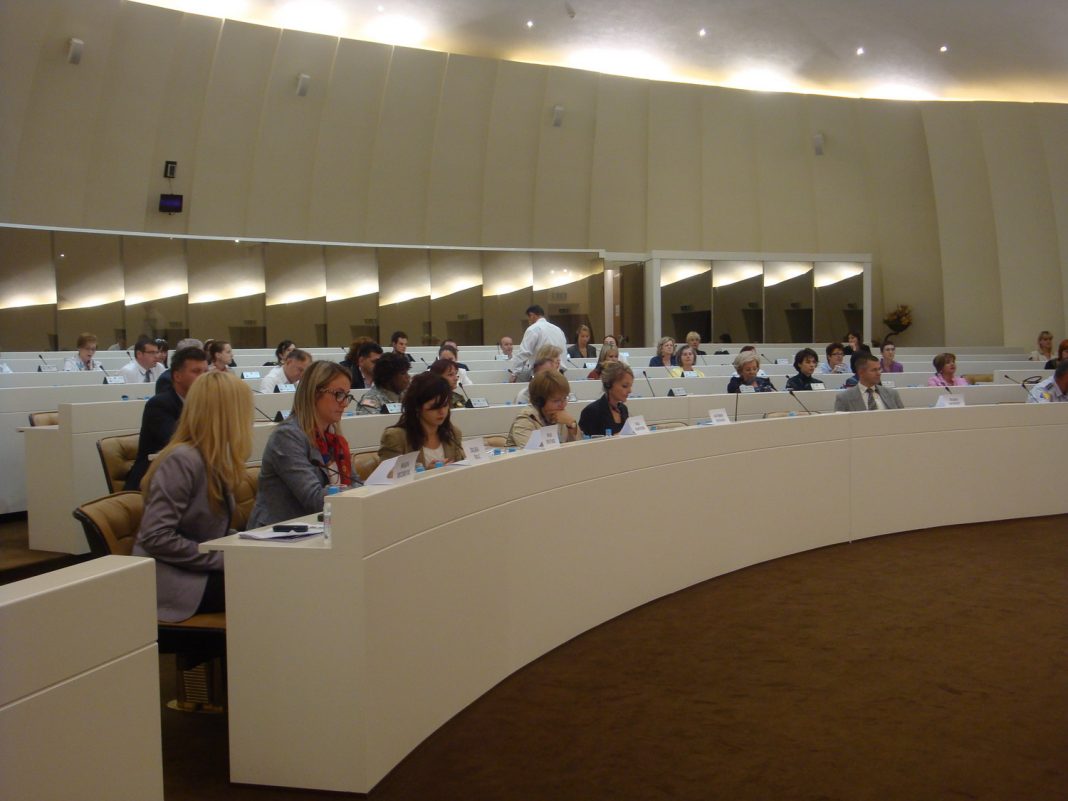 The report ‘Needs Assessment on Gender and Security Sector Reform in Bosnia and Herzegovina’ was presented last Tuesday, June 28, at a conference held at the BiH Parliament. The conference was organized by the Geneva Centre for the Democratic Control of Armed Forces (DCAF), the Atlantic Initiative for Bosnia Herzegovina and “Zene Ženama”, NGO that works in the area of women’s human rights.

The main objective of the conference was to discuss the results of the survey of integration of gender issues in the field of security in Bosnia and Herzegovina. The survey was carried out through interviews with institutions, local communities’ stakeholders and representatives of various NGOs.

The presentation covered topics such as women’s participation in security sector institutions, policies regarding gender, security services and justice for women, current practices, particularly those related to gender discrimination and sexual harassment.

It also discussed cooperation and coordination between the police and the judiciary on the issue of gender violence and the need to ensure sanctions, especially for repeat offenders. The debate would also enhance awareness of gender in the field of security and provide a series of recommendations to the institutions on integration gender policies and practices into the ongoing reform of the national security sector.

The presence of high Government officials gave the conference a much greater importance. Adisa Zahiragić from the Bosnian Women’s Judges Association, Boško Šiljegović from Parliamentary Armed Forces Committee, and Marina Zovic from the network of women’s police officers in Southeast Europe were among the participants.

The 32-page draft-Report describes series of recommendations for the complex and polarized public administration in the country. Other recommendations are directed at MPs, judges and prosecutors at all levels, security sector and correctional facilities’ officials. The final set of recommendations refer to gender equality agencies, civil society organizations and the media in both the BiH Federation and in the Republic of Srpska.

Good intentions do not always translate into the reality, especially in Bosnia and Herzegovina which remains strongly patriarchal culture in many areas of society. Many jobs, particularly in the armed and security forces are perceived “for men only” and “the development of inclusive practices for women is not a priority”, having in mind the huge economic and social problems. In a predominantly rural country, a major problem concerns the lack of access to information and the ability of women to recognize and report abuses.

The report also found a very low participation of women in international missions, like the mission to Afghanistan. There, it would be legitimate to ask if BiH needs to sacrifice her men and women in distant wars decided by others, in a deal that includes joining the “big club” that bombs other countries “in the name of freedom and democracy”.

Another interesting question is how to ensure punishment and how to reintegrate into society the perpetrators of violations against women’s rights. The report states that “prisons are overcrowded, without separate facilities for women, children, drug addicts and psychiatric patients”. An initiative will be made to improve the prison system “in accordance with the European Prison Rules”, but it is unclear by what means and in what timeframe. Also, it doesn’t consider the catastrophic state of prisons in several European countries, like Italy or Belgium, which definitely should not be used as a model for Bosnia.

The Report also considers the importance of the role of media in the area of raising public awareness, especially on the issue of gender violence. On the other hand, it doesn’t seem to note the fact that all mass media in Bosnia and Herzegovina are tied to a political faction, inspired by a different ethnicity and religion. Each confession has then a different view of the role of women in society. That is used to justify any distortion of information, which, however good the intentions, stems from the basis absence of freedom to inform objectively.

In conclusion, the report doesn’t offer references or considerations about sexual orientation of women and men. What would happen, for example, if an MP or a customs officer admitted to be lesbian? The question is open and Bosnia remains, for the moment, “a country for men”. (Written by Giacomo Corticelli)