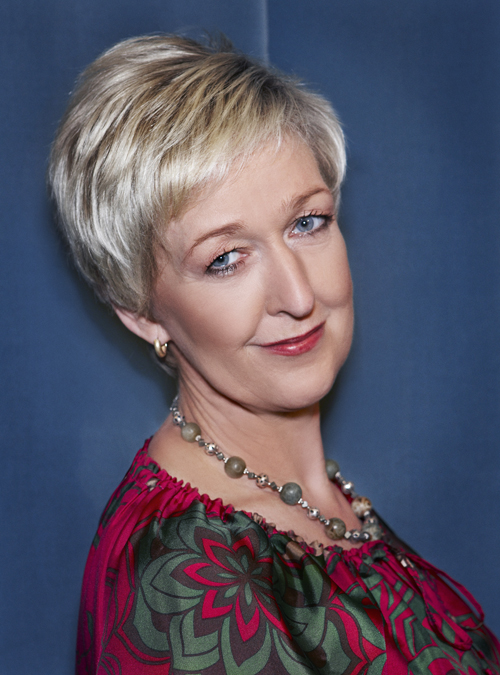 Stefanie Babst: NATO has embraced the power of social media. The Alliance engages thousands in discussions on defense and security and these open, online debates have already borne fruit. Transatlantic policy is no longer the realm of an isolated elite: all citizens now have a chance to make an impact. The internet has become the virtual public square of the 21st century. It allows people to pursue a multitude of different activities: from having a private conversation with friends, to hunting for a new job, promoting a business or organizing a rally. And social media outlets like Facebook, Twitter or the video-sharing website YouTube have increasingly demonstrated that their users can also have an impact in shaping international policy issues.

Cybercritics would disagree. They say that social media networks connect people only superficially, providing more of a playground to expose private hobbyhorses than having an impact on political processes. Others argue that private companies, governments and elected leaders have generally little interest to interact with their publics and simply look at their Facebook page as another useful marketing tool; and third again are those full of fears that that Facebook & co could significantly limit their control of strategic messaging.

Let’s look at the facts.

In 2011, two billion people are online, nearly a third of humanity. The most popular social networking site, Facebook, reports more than 750 million active users. It is the world’s most visited website, accessible in 70 languages and consuming 700 billion minutes per month. The microblogging platform Twitter comes second in place with 200 million registered users. Those who wish to watch one of Colonel Gadaffi’s last public outbursts will turn to the video-sharing platform YouTube and find the 20 most current videos within seconds.

But social media is not just about numbers. Ever since US President Barack Obama used Facebook and Twitter in his 2008 election campaign, social media outlets have demonstrated their mobilizing effect on thousands, if not millions, of people. This, in turn, has changed the way international news is made, and governments have been forced to react.

Without the 250,000 tweets coming out of Iran in 2009, for example, news broadcasters and governments alike would have learned little about the student protests in the country.

And without the growing number of Russian bloggers and their thousands of followers (according to TND Digital Life 2010, 85% of Russian Internet users visit social networks at least once per week), President Medvedvev and Prime Minister Putin would perhaps not have agreed to make time to meet with them and discuss the state of democracy in Russia. But earlier this year they both did.

The Arab Spring is another compelling case. A protest event in Cairo which was posted on the Facebook page “We are all Khaled Said” had 43,000 registered people on January 28, 2011. Only a little time later and despite the attempt to block internet access in Egypt, it had 1.5 million “likes” and helped spark public protests against Mubarak’s regime far beyond the Egyptian capital.

Throughout the developments in the Arab world earlier this year, Facebook, Twitter and YouTube played a crucial role in organizing public demonstrations and keeping the news content fresh. People used their laptops, blackberries and iphones to inform themselves, connect to like-minded friends, raise awareness of local and global events, discuss policy issues, organize public protests in support or against the national governments and wherever needed, circumvent state censorship. In particular young activists, academics, NGOs, journalists and policymakers in the broader Middle East have come to take advantage of the democratizing nature of the internet. The Arab Social Media Report of the Dubai School of Government impressively reveals the growing impact of social networking on civic mobilization in the Arab world. There is no doubt: in spite of efforts to ban or interrupt internet traffic in some countries, social networking is on the rise.

Local Twitter scenes also demonstrate that people are hungry for open, political discussions about the future of their countries. Prominent “twitteratis” like the Egyptian @sandmonkey, the anonymous female blogger @zeinobia or @SultanAlQassemi, a columnist from the United Arab Emirates, are vivid examples of a lively policy debate. The list could easily be extended but already the short version makes clear that Facebook and Twitter are not used to exchange family photos only.

But there is a second important aspect to this. For consumers, the internet has made the news into something far more participatory and diverse. Increasingly citizen journalists are acting as sources for a growing number of news organizations, either by volunteering information directly or by posting comments, pictures or videos. News is now generated, filtered and distributed by non-professionals to a large extent. CNN’s iReport website is a good example. More than 750,000 people have volunteered as “iReporters” and submit their reports from practically all over the world. Al-Jazeera has followed the same pattern. Just one month prior to the Arab spring, the channel decided to beef up its social media training for the Arab and English newsroom staff. As part of this strategy Al-Jazeera also hired trusted reporters with a proven credibility to cover events in Libya, Egypt, Tunisia, Syria and elsewhere. Another example is the Huffington Post which, since its creation in 2005, has become one of the most linked-to blog websites, attracting over 26 million unique users per month. Meanwhile many of the traditional print and broadcast media have embraced, at least to a certain extent, blogging as part of their news reporting and commentaries; yet the downsize to this is that the lines between responsibilities of professional editors, journalists and bloggers have become blurred.

So where is NATO in all of this? For sure, NATO is definitely not just a bystander to the global online world. We have watched it evolve and have come to respect its potential. We are fully committed to supporting it, and we want to be an active participant in the digital world. But we are also aware that cyber space carries some risks and challenges and that social networking must respect democratic ground rules.

In the Alliance’s 28 Member countries, but also in our partner countries, we want to connect with people who are interested in discussing security and defense issues. We want to encourage such discussions, facilitate them where we can, and be a part of them. We want to understand peoples’ viewpoints about the critical security challenges that we all face. Facebook, YouTube, Twitter, international blogs such as Global Voices, Huffington Post, and many other sites are excellent digital fora to connect and engage with people across the globe.

Our Secretary General, Anders Fogh Rasmussen, is a particularly strong believer and social media activist. He runs his own personal Facebook and Twitter accounts (with over 70,000 followers on each), which his staff actively updates wherever he is, be it in the field visiting troops or attending high-level meetings with foreign dignitaries at NATO HQ.

Rasmussen’s digital activities are closely aligned to those of NATO as an organization. The Facebook, Twitter and YouTube channels are fed with press statements, news stories and interesting background videos on the entire spectrum of NATO’s political and military agenda on a daily basis. Nowadays nobody can claim that NATO hides behind diplomatic brick walls. What we are doing, what we are thinking and with whom we are doing business – it is all out there. Online. Accessible to anyone who has the time and the interest to follow us.

But we have started to do more. We have invited bloggers to come to Brussels, and we will continue to do so. We have begun to systematically place opinion pieces and background stories on international blogs. All important NATO official meetings and public events are now reported on social media networks. We continue supporting existing online communities such as the Atlantic Community, encouraging them to have discussions on NATO’s role in Afghanistan, the current operation in Libya, relations with Russia or gender issues in military operations.

We even went as far as inviting the internet community to discuss our new Strategic Concept online. During the first six months of last year we hosted online chats with people from across the NATO family to debate how our future Strategic Concept should be shaped and which burning issues it should address. NATO’s online discussions about the new Strategic Concept found a broad echo and demonstrated that transatlantic security issues must not and should not just be discussed by a the small community of so-called ‘movers and shakers’ in defense and security.

As I look forward to the next NATO Summit in Chicago in May next year, I am sure that we will follow the same approach and invite people to online discussions about what the next Summit should achieve.

But NATO is also in the business of enabling others to join the conversation in cyber space. For a few years now, we have been running what we call the ‘Afghanistan Silk Highway’ – a project that provides internet connectivity to remote universities in Afghanistan. The reason behind it is pretty simple: we want Afghan students to use the internet. We want to help them to connect to the rest of the world. Hence NATO provides the technology and training needed for them to become full digital citizens.

To be frank, not all NATO member countries have come to realize the potential power of social media. There are still many in the NATO family who think Facebook and Twitter are alien to international diplomacy and that the cyber chit-chat does not really add to the quality of the transatlantic debate. The United States and a few others are positive exceptions to this. Since last summer US Secretary of State Hilary Clinton continues to promote the policy of ‘digital diplomacy’ and ‘internet freedom’. According to her chief advisor on communications and innovation, Alec Ross, the State Department has spent some $28 million to enhance its own digital outreach and innovation and support internet freedom elsewhere in the world. US Ambassadors and senior diplomats are now authorized to use Twitter and Facebook in order to explain and advocate US policies abroad. Altogether the State Department is host of 288 Facebook pages, 125 YouTube channels and tweets in nine different languages, including Arabic, Farsi, Urdu, Chinese and a few more. US military personnel, including those deployed in operations, have also received ‘Social Media Guidelines’, allowing them, within certain limits, to participate in social networks, too. All this makes the US Administration’s social media efforts very robust.

For sure, the discussion about the advantages and challenges to social media will continue. For the Alliance, Facebook & co is not a question of ‘either/or’ but a useful complement to other, more traditonal means to inform and engage people. To make good use of digital networks, an organization needs to put adequate staff, financial resources and more importantly, a well-defined social media strategy in place. We have started to do all this and we will learn and adapt as we go along. Because NATO wants to be where the citizens are.

Dr. Stefanie Babst is NATO’s Deputy Assistant Secretary for Public Diplomacy. You can follow her at facebook.com/DrStefanieBabst.