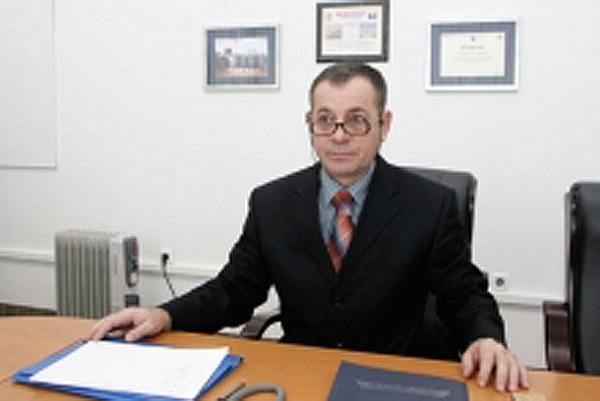 The defense reform from 2004 is the example frequently used by the Bosnian politicians and representatives of the international community to show how things can go in a positive direction.

Since its establishment, the Armed Forces of Bosnia and Herzegovina experienced success on the inner plane in relation to organization and professionalization, as well as participation in international peacekeeping missions. We could say that the Armed Forces of B&H are the driving force of the country on the path to NATO. However, it’s not without problems. On the contrary. Due to the closed and the traditional system in which the armed forces operate, the problems of professional military personnel generally stay within it, without sufficient involvement in solving those problems.

In accordance with the recommendations of the Parliamentary Assembly of the Council of Europe, members of the armed forces must enjoy equal basic liberties, including those defined by the European Convention on Human Rights and the European Social Charter, as all the other citizens do. Mechanisms for the protection of the armed forces within the system are generally insufficient, uncoordinated in their process and counterproductive.

Therefore, the Parliamentary Assembly of Bosnia and Herzegovina established a parliamentary institution of military commissioners in 2009, the first one in the region. Its goal is to strengthen the rule of law, human rights and freedoms of military personnel and cadets in the Armed Forces of B&H and in the B&H Ministry of Defense. The institution of the military commissioners was established to eliminate the risk that misuse and abuse of the members of the Armed Forces might go unpunished because of a lack of confidence in the internal disciplinary procedures, and for fear of retribution from commanders.

As part of the activities to identify and resolve problems faced by members of the Armed Forces, the Military Office of the Parliamentary Commissioner, in cooperation with the OSCE Mission in Bosnia and Herzegovina, organized a conference on the topic of  “The process of advancement of professional military personnel in armed forces of B&H “(Equal opportunities for re-categorization and development, while respecting the principle of transparency) in late November in Sarajevo.
The largest number of complaints forwarded to the Office of the Parliamentary Commissioner of the Military refers to the transparency of procedures related to the process of improvement. “Although the steps to implement more transparent procedures and provide equal opportunities for advancement of the members of the Armed Forces have already been taken, and recommendations of the military commissioners have been issued, we still have some problems that remain unsolved,” said the military commissioner Bosko Siljegovic.

The head of OSCE Mission in B&H, Ambassador Fletcher M. Burton supports the work of the Office of Military Commissioner, with the promise that the Mission will continue to contribute to strengthening security capacities in Bosnia and Herzegovina. The OSCE Mission in B&H is constantly working to strengthen the country’s ability to establish a sustainable, stable security and defense environment. As part of these efforts, the Head of the Mission reiterated the importance of observing these obligations at the recently held 4th review conference on respect and safety responsibilities of Bosnia and Herzegovina in the framework of the OSCE and the UN. He pointed out that the fulfillment of the military and political obligations requires the focus and coordination of all security agencies and institutions.

The solution for the problems of professional development and evaluation of military personnel was offered by Captain Michael Conneely, the head of procurement and logistics for the OSCE Mission in B&H. He presented an example of the system of improvement of officers in the Irish armed forces, with the opinion that the application of such methods could overcome the problem mentioned in the armed forces in B&H.

Colonel Radovan Ilic has requested assistance in resolving problems related to retiring military personnel of Serbian nationality. Because of the statutory prohibition on the pensions under favorable conditions in the RS, military personnel of Serbian nationality are in an unequal position in relation to fellow Bosnians and Croats who exercise that right in the Federation. “This situation will remain unchanged because the RS Fund is not able to bear this kind of load,” said Dusanka Majkic, the Chairwoman of the Joint Commission for Defense and Security.

Ilic warns that this situation causes the departure of young and educated personnel from the Armed Forces. This problem is directly related to the non appliance of the Law on Service in the Armed Forces of B&H regarding the retirement of officers and noncommissioned officers. Because of this, a group of retired members of the Armed Forces held a peaceful protest on the first of December – the Day of the Armed Forces, in front of the Parliamentary Assembly of B&H in Sarajevo, to draw attention to the fact that they have not begun to receive benefits.

The conference participants stressed the incompatibility of the entity laws, the huge yet poorly functioning management of the Armed Forces, the problems of sending them to be educated abroad, nepotism …

Parliamentary Oversight Commissioner Bosko Siljegovic pledged that his office will make a list of problems that will be forwarded in the form of conclusions to the Joint Commission as soon as possible. The Commission is expected to adopt conclusions as a step towards solving the problems faced by the Armed Forces of B&H and also to insist on their implementation.

Some of the problems presented by the Commissioner are contained in the report on the work of commissioners for 2010. Since the report was published in March of this year the problems hae not been resolved and now there are more of them. The necessity for greater involvement of all those responsible to stop the negative trend is obvious.

Consensus is crucial for BiH on the road to NATO

The Return of America

Why the urgency on adoption of the Election Law?

China’s influence in Montenegro: Incentives to economic development or a road to dependency?

What price will Turkey’s Uyghurs pay for the benefits of the Chinese vaccine?