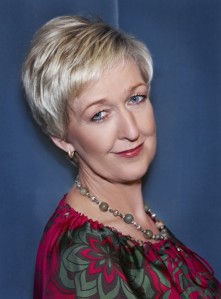 If women are not equal participants in peace building and reconciliation, the views, needs and interests of half of the population in a conflict area are not represented, and solutions may not last for very long.

Ten years ago the UN Security Council put the resolution on Women, Peace and Security into place. United Nations Security Council Resolution 1325 was the first to address the impact of conflict on women and the contribution women can make to solidifying peace. It recognizes that the major security, economic and governance challenges of our time cannot be solved without the protection and participation of women at all levels of our society.

Reality makes this imperative. In particular, armed conflict and post-conflict lawlessness hit women and children hardest. They lose access to healthcare, education and economic opportunities.  They are the biggest proportion of refugees and internally displaced persons. On top of everything, every year thousands of women and girls become victims of sexual violence, particularly rape – a purposeful strategy of modern warfare which is often left without punishment.

Sadly enough, women remain also chronically under-represented at all political levels. They represent half of the world’s population, yet they hold less than 1/5 of the positions in national governments. And far too often women are excluded from the negotiating table where conflicts are to be resolved, although they experiences and actions are critical for building and sustaining peace.

So yes, women are victims of conflict.  But they are not just victims.  They must be active part of the solution. If women are not equal participants in peace building and reconciliation, the views, needs and interests of half of the population in a conflict area are not represented, and solutions may not last for very long.

For all these reasons, UNSCR 1325 remains an important resolution beyond its 10th anniversary.

Much has already been achieved in the past years to improve the protection and empowerment of women worldwide.

The UN has strengthened and streamlined its institutional arrangements in support of gender equality and the empowerment of women. The creation of a new UN Office for Women, led by the former Chilean President Michelle Bachelet, will certainly help governments and other international organizations, including the Alliance, to better co-ordinate their efforts in implementing 1325.

The European Union has released a Strategy on Women, Peace and Security to address the needs of 1325 in a comprehensive manner, and many governments have put special national Action Plans in practice to ensure that the protection and empowerment of women in security issues becomes an important element of their foreign policies.

But there is a role for the transatlantic Alliance, too In fact, at the NATO Summit in Strasbourg/Kehl in spring last year, all Allied leaders underscored their commitment to actively support the implementation of 1325. In the past few years NATO has actively worked with many partner countries and other international organizations to share best practices and concrete proposals on how to best integrate gender perspectives in NATO’s current and future work. At the forthcoming Lisbon Summit the Allies are likely to renew their commitment to the UN Resolution.

What concretely has the Alliance achieved so far? Our first step has been to look at NATO-led operations and missions. NATO has currently 150.000 women and men engaged in operations, from Afghanistan to the Balkans: Kosovo, Bosnia; but also in Africa, in support of the UN and the African Union.

First, in 2009, we introduced a directive for implementing the resolution throughout our military structure. This directive is based on three principles: prevention, protection and participation. NATO wants to prevent armed conflict from having a disproportionate impact on women and children; its wants to protect women and children and to increase the participation of women in NATO operations and decision making at all levels.

This approach has already had a significant impact on how we conduct our operations, particularly in Afghanistan. We now provide gender awareness training to the civilian and military teams before they deploy on operations. This provides them, for example, with an understanding why it matters to take a different approach when searching an Afghan woman or an Afghan man, or why male ISAF personnel should avoid looking an Afghan woman in the face. NATO’s training makes sure they understand.

Second, we have now gender experts working in ISAF Headquarters in Kabul and in several of our Provincial Reconstruction Teams spread throughout the country.

These experts can advise commanders of what women in local communities need when it comes to providing access to aid and basic services like health and education. Some NATO nations, like the US and UK, now deploy with ‘Female Engagement Teams’ in southern Afghanistan, with some positive experience when interacting with Afghan women. The so-called FETs provide many valuable opportunities to open up dialogue with local women that previously would not have taken place. They conduct searches on Afghan women at checkpoints, without causing offence. Female military doctors and nurses can run clinics where women will more easily go for treatment.

Our operational experience in Afghanistan demonstrates the enormous value of well trained, female military personnel and gender specialists. But at the moment, the Alliance does not have nearly enough of those key assets. The percentage of female military personnel in NATO’s nation’s armed forces varies between 3% and 18%.  NATO will therefore encourage Member and Partner countries to recruit more women, and to retain them.

Third, NATO-led forces have reinforced their efforts to help train women police and security officers. They trained the first 28 Afghan women Army officers, who graduated at the end of September. Several female Afghan instructors are now fully engaged in this effort, including General Khatool Mohammadzai, the country’s first ever female paratrooper. Anyone who knows anything about Afghanistan realizes what an historic step that is.  It is a real indication of the change for the better we are seeing in Afghanistan.

Across Afghanistan, increased security and the development of political governance allows change to happen.  Women’s rights are now enshrined in the constitution.  There are more and more girls in schools.  More and more women are setting up and running their businesses. More women have access to health care.  And all this shows, in very concrete terms, the progress in Afghanistan for women’s rights.

On the political level, however, it remains much harder for Afghan women to make their voices heard. With 68 women in the Afghan parliament they are doing better than many Western nations but still too many obstacles prevent women to take their rightful place across the Afghan society.

One thing, however, is clear. As Afghanistan – with ISAF’s help – strives for stability, reconciliation and political stability, NATO will not support any process that takes place at the expense of women, their rights, and their security. The women of Afghanistan have already made great strides in moving forward and in creating better conditions for themselves and for their country.

NATO will ensure they are able to keep on moving forward — and that they are able to continue making their own, unique contribution to a peaceful and stable Afghanistan.  That is UNSCR 1325 in action where it really matters most.

*Dr. Stefanie Babst serves currently as NATO’s Acting Assistant Secretray General for Public Diplomacy. Stefanie holds a Ph.D in Political Science, International Law and Russian Studies from the Christian-Albrechts University in Kiel/ Germany and Harvard University in Cambridge. After having worked as Assistant Professor for Russian Political Studies at Kiel University, she was appointed to the first female Senior Lecturer at the German Armed Forces General Staff College in Hamburg where she spent more than five years. She joined NATO’s International Staff in 1998 and ever since, hold different positions in the field of communications. She is one of NATO’s highest-ranking women and supports actively women networks in security and defence.