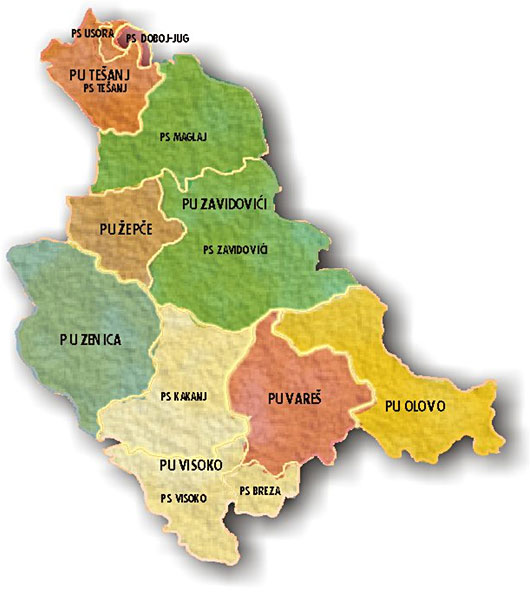 Operational Problems Faced by Police Officers in the Zenica-Doboj Canton

A recent police strike in the Zenica-Doboj Canton (ZDK) came about as a result of operational problems, which are listed in a detailed investigation of police conduct in that territory.  Police officers are striking for an increase in salaries, but it would be naive to think that this is the only obstacle they face in adequately performing their duties. A number of other issues relevant to the efficient functioning of the police service, and subsequently the security of all citizens and their property, remains open.  What quality of material and technical equipment do the police have at their disposal? Can the police sufficiently serve the population and respond to more serious threats? Does the presence of a correctional center in the city reflect upon the work of the police and overall security? These and other issues are of vital importance.  The most basic question at hand is whether inhabitants of the Canton feel confident in the work of the police.

While examining this situation, we cooperated with officials from various police departments (Zenica, Visoko, Zavidovici and Tesanj).  Their efforts to serve citizens of the ZDK and contribute positively in any way were highly visible.  However, many day-to-day problems, no matter how trivial, significantly hamper an adequate response to all security and crime challenges.  We firmly believe that identification of problems is the first step to their solution and present a number of the difficulties shared with us by police officers in the following pages.

The geo-strategic position of the ZDK serves only to make the task of maintaining a favorable security situation more complex.  Its size, population and contiguity with three other cantons in the Federation, as well as a shared border with the Republika Srpska (RS) are all contributing factors.  The total length of road is 2166.8 kilometers, of which 167.8 kilometers are major thoroughfares.  The most notable of these is the 90 kilometers of the M-17 highway that runs through the ZDK.  The canton’s location lends itself to carrying out various crimes and facilitates the relatively easy movement of (potential) criminals.  There are six police departments and fourteen police stations within the ZDK’s twelve municipalities. [1]

{artsexylightbox}The ZDK is well-known for its many large, and currently non-operational, companies and factories.  Given the poor economic situation and increasing unemployment rate, increased levels of property crime become likely.

Bosnia and Herzegovina’s (BiH) only maximum-security prison is also located in the ZDK, in Zenica.  This represents yet another threat to the Canton’s population.  Released detainees may pose a significant threat to individuals and property in the area because they have no qualms about committing crime and are self-assured.  Guards, prison employees and their families are also at significant risk.  A few months ago, a group of detainees are suspected of having set a guard’s car on fire.  While one solution to apprehending future perpetrators would be the use of GPS bracelets, this is not a high priority. “It’s inevitable.  We would be happy if the prison were not in this city [Zenica] or even in the Canton.  We must be particularly cautious given the large number of inmates who reside there.  A number of inmates have the right to leave the prison every weekend.  We frequently face situations in which someone has gone out for the night, committed a crime and returned to the prison.  Following such incidents, we must carefully analyze the identity of the actual perpetrator.  This problem is magnified given that inmates represent potential perpetrators of all types of crime,” said Admir Gazić, head of the Zenica police department.

These brief examples and other factors speak volumes about the amount of work and dedication required by police officers in the ZDK.  They face significant problems.

How much does security cost?

“Every budget year, in accordance with an adopted plan, the acquisition and purchase of police equipment is carried out for the police administration. These purchases have been significantly reduced due to the economic crisis that marked the past year, not only in BiH, but also throughout the world. Purchases are made in accordance with capabilities and follow the austerity program adopted by the government of the Zenica-Doboj Canton. Of course, I believe that only well-trained and equipped police can work adequately.  I hope that with a slight improvement in the economic situation, our employers recognize the importance of these activities and initiate new projects for equipping and training police officers,” said Commissioner Fahrudin Bečirović.

The list of needs for police departments and police officers is long and funding is tight.  However, no one seems to be complaining much.  The Commissioner and other police chiefs interviewed all manage to maintain a positive attitude.

Individuals interviewed informed Atlantic Initiative the equipment currently in the possession of the police departments is high quality.  However, it is the quantity that is insufficient.  This includes equipment that police officers use everyday, such as uniforms, shirts, shoes and overcoats.  While such problems may appear trivial, the consequences are real.  Police officers do not possess adequate numbers of official shirts and are only allocated two pairs of shoes for the summer and winter.  From our observations, these appear to be in poor condition.  Since officers are obliged to constantly be in uniform, shirts and jackets quickly become worn.  The long cloaks allocated to police officers appear to not serve any constructive purpose.  All of these factors contribute to the inability of officers to focus on everyday tasks.  Cantonal funding provided to the police departments does not allow for the purchase of sufficient quantities of equipment.  Finally, the complexity of public procurement contributes further to this problem.

A lack of effective means communication for the large area of jurisdiction constitutes yet another problem.  However, the severity of this problem differs from administration to administration.  Coverage in Police Department III is poor and officers often cannot hear one another.  Occasionally, this problem becomes so serious that police officers in this area are totally unable to work effectively.  Given that the police are essentially the guarantors of our security, one can see why this problem is so troubling.  However, these issues are not present throughout the entire Canton.  Police in the ZDK face other, significant problems related to communication.  Organized criminal organizations use a variety of methods of communication and have been successful in intercepting internal police communications.  “We are finding the perpetrators of crimes in possession of mobiles used to tap our communications channels.  It is necessary and possible for additional funding to be given for the protection of internal police communications,” said Gazić.  He explained that such telephones and other devices have been found in the mafia’s possession.

Although there is continuous investment in equipment, this equipment generally does not last for a long time.  Motorola and other mobiles used by police stations are active 24 hours a day.  Therefore, it is understandable that these devices do not have an extensive shelf life.  This problem was brought to our attention by the police department in Visoko, where the rapid exhaustion of Motorola batteries is particularly acute.

It would be useful to invest more in this equipment segment since it is of the utmost importance to everyday police work.  Almost all of our interviewees agreed with this sentiment.  “The need for specific MTS is ever-present.  I think this is especially the case with regard to computers,” said the Chief of Police in Zavidovići.  Other heads of police departments mentioned that they had received donations in kind in the form of computers and other technological equipment.  While this is certainly welcome, it remains insufficient.  Police departments should invest in relation to available technology.

The possibilities offered by modern IT are immeasurable.  Specialized programs can make the work of police officers markedly easier.  Furthermore, the Internet allows for the examination of vast data sources and offers new methods for the exchange of information.  This can offer police departments a competitive advantage that is imperative in this day and age.  However, it was evident from our visits that police departments do not enjoy access to such high levels of technology.

The training of personnel poses yet another problem. Any area of ​​individual and social activity without continuous education is doomed to mediocrity. If this activity is of great social importance, such as the activities of the police are, mediocrity is a disaster.  “We are not providing sufficient training to our officers.  Frankly, they can never have enough training, especially the younger staff.  There should be one well-equipped classroom in every police department where lectures could be held regarding the day-to-day responsibilities of police officers.  We could provide continuing education about difficult situations, terrorism, you name it…We need to obtain professional literature that can be used by police officers,” suggests Visoko Chief of Police Ramović.  “Investment in equipment and other tools are the solution to our operational problems.  We need to assure a certain degree of quality as well as an appropriate quantity of education,” agreed the Zavidovići Chief of Police Klinčević.

Currently, police officers in the ZDK have no permanent, mandatory physical training.  Specifically, space for this type of training does not exist and the construction of such a facility is impossible under the current circumstances.  Firing exercises are conducted annually, and often even less frequently.  These exercises consist of only eight shots – three practice shots and five shots at the target.  The results are totally irrelevant and good or bad results are of no consequence!

All our interviewees agreed that it would be useful to organize lectures, seminars and roundtables for police officers. Also, equipping the professional library on the police administration premises would undoubtedly yield positive results. The first prerequisite for good police work is a quality library, as emphasized in the literature on police management. Increased investment in training and education must be a priority for the authorities. Challenges in police work are becoming more and are more versatile. The way for law enforcement officials to prevent criminal acts, which all have diversified phenomenology, is via training and education.

Instead of an End – A Beginning

The problems described in this article are just some of those faced by police officers.  Many of these problems have yet to be sufficiently addressed and hinder daily operations. However, it is notable that, despite the less than ideal conditions under which officers in the ZDK work, police have achieved remarkable results. The ZDK police and commissioner have been rewarded for their outstanding service.  The situation is equally abysmal in other cantons throughout the Federation of BiH.  The only exception to this is possibly the Sarajevo Canton.

Rather than to criticize the work of police officers, this text sought to point out the difficulties that these individuals face on a daily basis.  It is only through the clear identification of problems that incentives for their solution may arise.  It is up to the responsible authorities to provide suitable working conditions under which the police can thrive and assure the security of citizens.  This text, however, is not the end of the story.  Rather, we are now at the point where the story can begin.