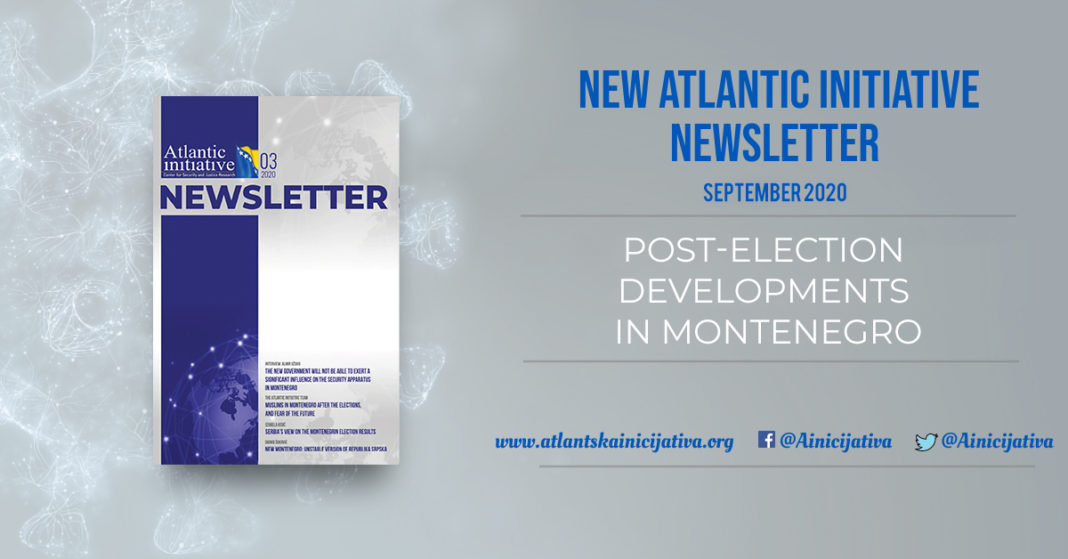 The new issue of the Atlantic Initiative Newsletter is dedicated to the post-election developments in Montenegro. The election results brought a new constellation of political relations in Bosnia and Herzegovina’s southeastern neighbourhood. After three decades, the Democratic Party of Socialists (DPS) is about to join the opposition, and the government will be headed by the by the dominant coalition “For the Future of Montenegro” sponsored by the strongly pro-Serbian and pro-Russian Serbian Orthodox Church. The change in government was made possible by the small civic coalition led by Dritan Abazović, which decided to support a government whose ideologies they do not agree with

Their only shared agenda is to break the dominance of the DPS. In our Newsletter you will have the opportunity to read an interview with Almir Džuvo, former Director of the Intelligence and Security Agency of Bosnia and Herzegovina, and the former Head of Bosnia and Herzegovina’s Mission to NATO. He comments on the elections in Montenegro, Russia’s influence in the region, and the role of the West in the region. Izabela Kisić, executive director of the Helsinki Committee for Human Rights in Serbia, analyzes Serbia’s position towards Montenegro, and their perception of Montenegro as an  “internal issue.” Darko Šuković writes about Montenegro after the election as a potentially unstable version of Republika Srpska, and the Atlantic Initiative research team brings a story from Pljevlja, a town in northern Montenegro, where heavy attacks on Muslims and their properties took place in the days after the election.