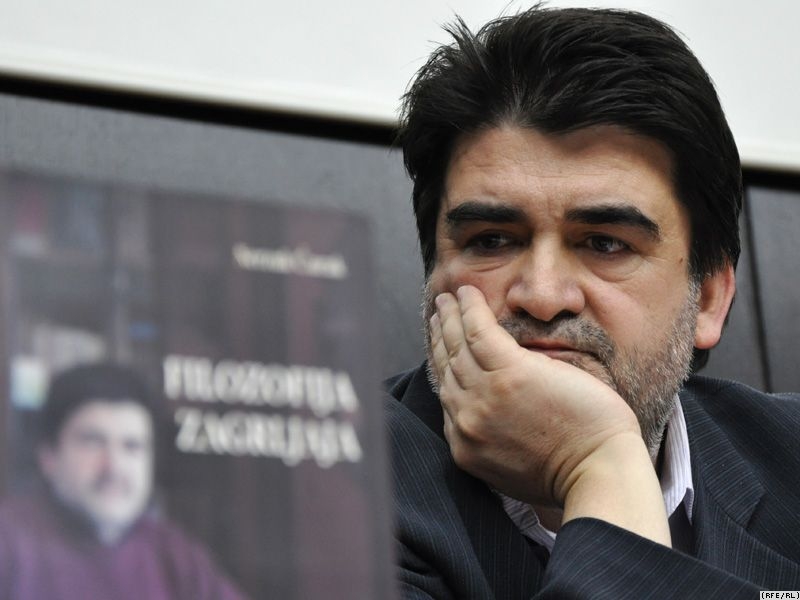 “Although, in terms of values, one can objects joining NATO, I believe it is a gift from heaven for Southeast European countries to join NATO,” said professor Nerzuk Ćurak earlier this month, speaking as a guest lecturer at the Faculty of Criminology and Security Studies at the University of Sarajevo.

A lecture “Transatlantic community – Euro-Atlantic integration of SEE” was arranged by the Atlantic Initiative, as part of regular classes for the Master Study Media and Diplomacy.

According to Nerzuk Ćurak, since the admission to NATO is reality (Croatia and Albania are already members, Montenegro is on the way), it is absurd that this process is not followed by Serbia and Bosnia and Herzegovina. In the scenario when one of the countries in the region remains outside the transatlantic flow, the consequences for the entire region would be negative, as it is the system of connected vessels, where instability in one country is being transmitted to other countries in the region.

Security is the most important issue

Security is now the most relevant area of sociability, which has its roots in the human nature and, therefore, the need to protect belongs to an individual, said Ćurak. The importance of Western Balkans joining NATO refers to the fact that it will help fully relax the relations between countries and improve political, social and security aspects in the region.

It is logical that, for ideological or emotional reasons, certain groups or political elites have rejected the possibility of entering NATO, but Ćurak believes that joining NATO should be looked at from both utilitarian and pragmatic aspects.

One of the positive consequences of membership refers to the inflow of capital, because capital goes where it is safe, and the fact is that, in most countries, the increase of gross domestic product (GDP) was recorded after admission to NATO. The increase is also noticeable in the sphere of investment, inflows of foreign capital, and general stability.
The process that includes the requirements for NATO membership is important for  democratization of a society, because without democratization of security sphere, there is no democratization of the society as whole.

A key feature of the democratic security system is that it is supposed to be controlled by the civilian government, including establishment of private firms in the security area, as well as detective agencies, which is an instrument for security issues transfer from the field of secret to the public sphere.

Today, it is necessary to inform the public about all arguments related to NATO. This can be done only through public debates, roundtables and workshops, including presentations from both affirmative and negative views, meaningful presentation of arguments, and openness attitudes that lead to the general welfare of the society. We should destroy the myth that it is only military who is entering NATO, and not the states. In addition, joining NATO implies education of the civil society, and not only legislative and executive branches, as civil society creates conditions for change of sociability that accompanies the official policy.
These processes produce a culture of work, as opposed to the current culture of death, leading the culture of violence, culture of heroism, which essentially creates a culture of idleness.

Professor Ćurak noted that joining NATO should not be considered as an ideological issue, but it should be practically seen as another step towards full membership of the European Union.

What do students say?

A participant from the University of East Sarajevo, Aleksandra Borovčanin, said that the lecture helped her to get familiar in more detail with joining NATO and security issues. “The comparisons professor Ćurak was using were very interesting for me, and I have to admit that this lecture offered a new perspective on the Euro-Atlantic initiatives.”

Dragan Popović, another student from East Sarajevo, was surprised by a picturesque description of problems in the security sphere. Asked if the presentation changed some of his views, he said: “It is important that such lectures are organized, primarily to clarify myths surrounding the entry to NATO and to underline positive consequences that Bosnia and Herzegovina will experience when it joins NATO and the EU. It’s a great opportunity for us to say what we have to say.  The debate enabled us to exchange relevant opinions, which means a lot for the students, but also the wider public in our country.”