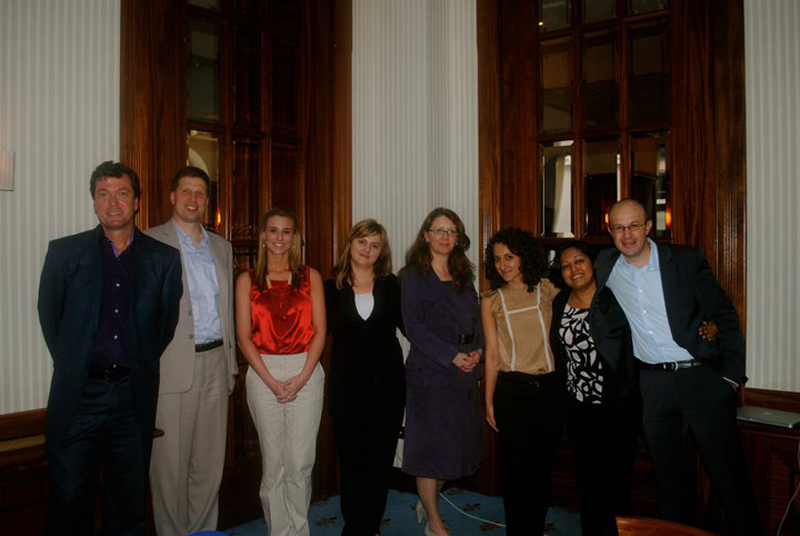 Lessons learned from a tragic past

{artsexylightbox}From June 20 to June 24, the Center for Justice and Reconciliation and the Center for Post-Conflict Studies hosted a roundtable in Sarajevo entitled, “A Framework for Preventing and Responding to Genocide and Mass Atrocities.” The lecturers were from the UN Office of the Special Advisor on the Prevention of Genocide in New York, and used this opportunity to present and explain a basic tool of their work—a Framework of Analysis detailing eight risk factors for the prevention of genocide.

Galvanized by the mass atrocities committed in the former Yugoslavia and Rwanda in the 1990s, and specifically the grossly inadequate prevention efforts of the international community, international attention and efforts shifted to developing a methodology for the prevention of genocide. Former UN Secretary-General Kofi Annan appointed Juan Mendez in 2004 as Special Advisor for the Prevention of Genocide, to spearhead efforts toward developing a prevention framework. Concurrently established was the Office of the Special Advisor, with a stated mission to raise awareness about the causes of genocide, in order to alert relevant actors and advocate for a peaceful resolution. The Framework of Analysis for the Prevention of Genocide, compiled by the Office of the Special Representative, details eight categories for determining whether there is a credible possibility that genocide will be perpetrated.

The Framework of analysis is the foremost instrument in the work of the Office of the Special Advisor and serves to determine whether a particular situation is at risk of genocide; to identify preventive measures; and to determine the causes of genocide.

The first category of risk factors outlines defining inter-group relations, including record of discrimination and/or other human rights violations committed against a group. This means that we should explore the relationships between and within groups from multiple vantage points: the amount of existing tension; the distribution of power; economic relations; previous conflicts; the expression of group identity through language, religion or culture; earlier and current forms of discrimination toward one group and their rationalization; and accusations of earlier violations of human rights by potential perpetrators as a justification for future acts of genocide against the target group.

Each of the risk factors specifies organizations, procedures, and processes that can provide assistance and support to countries, including the involvement of UN agencies and various international and national NGOs.

Preventive measures are also suggested to countries confronting the problems listed in the eight categories of potential risk factors.

The second category concerns the circumstances that affect the capacity to prevent genocide. In essence, these circumstances encompass the existence of structures that can effectively and legally protect people from genocide and serve to prevent it: an independent judiciary; the presence of international actors, particularly the UN; and an independent media. Of course, even if these institutions exist, scrutiny is needed to determine whether disadvantaged groups are actually allowed access to these structures.

The third category is the presence of illegal weapons and armed elements. With respect to this risk factor, an investigation is undertaken to discover whether there is a capacity to commit genocide. Specifically, it is important to examine the armed element in relation to state authorities – how these have been armed and what their links are to the government. In instances of armed rebellion, the Framework of Analysis advises ascertaining whether the government justifies targeting groups from which armed actors have derived their members.

The fourth category comprises the motivation of the leading actors in the state/region and acts which serve to encourage divisions between national, racial, ethnic and religious groups. The Office of the Special Advisor analyzes political, economic, military and other institutions that may be used to isolate or persecute a particular group. The manner in which ideology is propagated is also under scrutiny: the use of exclusionary ideology and the promulgation of an us versus them identity construction; the depiction of certain group as disloyal or as a threat, thus vindicating action against the group; and the initiation of propaganda campaigns about the targeted group.

The fifth category highlights circumstances that facilitate perpetration of genocide (dynamic factors). The circumstances detailed in this category should be considered at every stage of a situation, whether events develop gradually or suddenly, indicating the existence of a path toward genocidal violence or a long-term plan to commit genocide. Behaviors that might signal action toward genocide include the sudden and gradual strengthening of the military apparatus; the establishment of militias and paramilitary groups; an attempt to reduce or eradicate diversity within the security structures; arming the local population; the introduction of legislation to undermine the rights of the target group, the imposition of an emergency state; a sudden increase in inflammatory rhetoric and the propaganda of hatred, especially by leaders; and the facilitation of access to weapons.

The sixth category of risk factors details acts of genocide, which may not necessarily fall under the definition of genocide as outlined by Article 6 of the Rome Statute of the International Criminal Court (murder, kidnapping, disappearance, torture, rape, ethnic cleansing, etc.). Indeed, this category encompasses other, less obvious methods of persecution and destruction, such as the deliberate denial of the resources necessary for survival; programs to prevent procreation by a certain group; the forced transfer of children; death threats; and the imposition of fear and harassment.

The seventh category of risk factors constitutes evidence of intent “to destroy in whole or in part” members of a targeted group. This includes statements that may be treated as hate speech by those who are involved in a campaign of genocide; the systematization of conflict, weapons and other indicators that show violence directed toward a selected group; the widespread and systematic practice of discrimination and gross violations of human rights; the character of the specific agents used for the purpose of ethnic cleansing; the dehumanizing nature of perpetrated crimes; attacks on cultural or religious property and symbols; and the targeted elimination of the leader of the group.

The final risk factor of the eight categories examines triggering factors for an impending genocide. In this regard, an evaluation of this set of risk factors includes an analysis of future events or circumstances that initially seem unrelated to genocide, but may aggravate conditions or act as a trigger in deteriorating the situation. Among potential triggers are upcoming elections; unexpected changes in government; cases in which the military is used internally to act against civilians; the beginning of armed conflict; and natural disasters, which could exert additional pressures on state capacity.

Reactions of the victims

In addition to guests from New York, attending the roundtable in Sarajevo were representatives from all three associations of concentration camp detainees, victims of the war, and NGOs working for the protection of human rights. The representatives of the associations shared their war experiences, and many expressed dissatisfaction with the UN’s actions in Bosnia and Herzegovina during the war. They also welcomed the establishment of the Office of the Special Advisor. Although it was too late for Bosnia and Herzegovina and Rwanda, the Office’s establishment demonstrated that the UN had learned from its past mistakes. There remains hope that the experience of countries that have suffered genocide will suffice in providing the UN with the information and impetus to prevent such crimes in the future. Certain warning signs are always the same – the propagation of the idea that integration has been poor; the subsequent and constant victimization of a particular ethnic or national group; and the division between “us” and “them,” where “they” are always guilty of “our” suffering. From this information, we can discern that these ideas still pervade the politics of Bosnia and Herzegovina, despite being antiquated, pernicious, anathema to progress, and obstructing the process of integration.