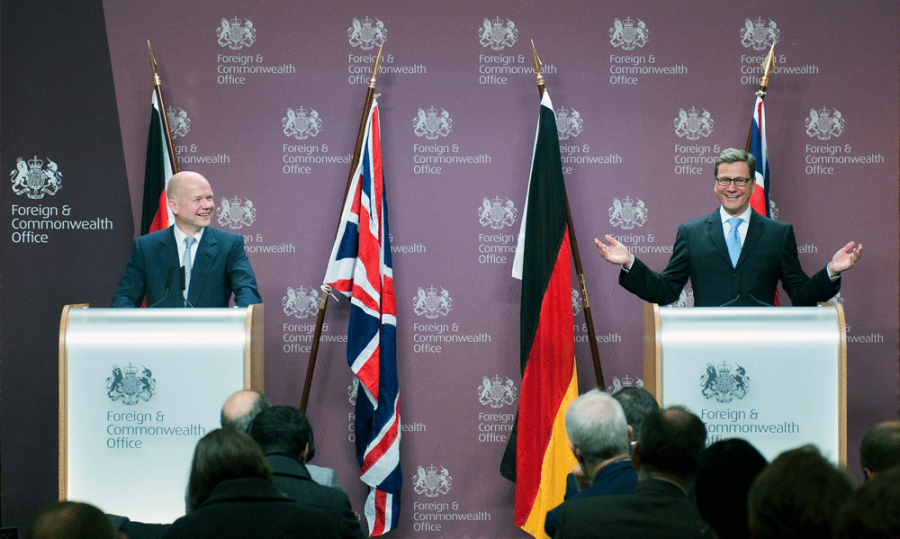 Twenty years ago this month, the brutal conflict that accompanied the collapse of the former Yugoslavia spread to Bosnia and Herzegovina.

What followed were three years of the worst violence seen in Europe since the Second World War, with an appalling human cost. In the years since the Dayton Agreement was signed, Bosnia and Herzegovina has in many ways made remarkable progress. It is celebrating its twentieth anniversary as an internationally-recognised, sovereign state at peace, and with greatly improved relations with its Balkan neighbours.

As a European country, Bosnia and Herzegovina’s future lies within the European Union, as a full member alongside her neighbours in the Western Balkans. This is a goal shared by the Bosnian people, by all Bosnian political parties and by all EU member states.

But making a reality of that shared goal remains a big challenge. In the last few years, Bosnia and Herzegovina has fallen well behind its neighbours on its journey towards EU membership. That affects all Bosnian citizens, in all parts of the country, who are being denied the benefits of progress towards EU membership.

We remain steadfast in our belief that Bosnia and Herzegovina as a sovereign state enjoying full territorial integrity should have a future in the European Union. Despite the many other serious challenges we face at home and around the world, it remains a high priority for us to see all countries of the Western Balkans safely anchored within the European Union. Our recent actions have underlined this. At the December European Council, we signed the Treaty confirming Croatia’s imminent accession. And the March European Council has just granted candidate status to Serbia. Kosovo has recently made progress on its path to Europe as well. For these countries, achieving this progress has come only as a result of a long period of hard work and a clear determination by political leaders to take the difficult decisions that are required for progress. The same applies to Bosnia.

Bosnia needs to start making up for lost time. Now is the time to put words into actions. The country has a new State-level Government, whose Chairman Mr Bevanda has declared that 2012 should be the year of the EU. He and his colleagues have made it a high priority to secure the entry into force of the Stabilisation and Association Agreement with the EU. They also hope to lodge a formal application for membership of the EU at some point this year. Both these things are achievable, if the criteria are met. They will take hard work and commitment.

Bosnia and Herzegovina’s political leaders have created a moment of opportunity and we urge them to seize it. We will do all we can to support them.

Our commitment to Bosnia and Herzegovina’s European future was underlined last autumn with the arrival in Sarajevo of a new EU Special Representative, Peter Sorensen, and the significant enhancement of the EU’s local presence.

The strategy we agreed at the March 2011 European Council is now starting to pay dividends. As well as approving the new State Government, Bosnia and Herzegovina’s Parliament has passed State Aid and Census Laws. This means that the only remaining task to be completed before the Stabilisation Agreement can be brought into force is the credible effort we called for last March to resolve the incompatibility of the country’s constitution with the ruling of the European Court of Human Rights. We also welcome recent agreement to a process which should resolve the issue of defence property, one of the key obstacles to progress towards NATO.

So when, for example, all exports to or via Croatia of meat, eggs, milk and other dairy products are expected to meet EU food safety and phytosanitary standards this should be seen as an opportunity not a problem. At present Bosnia and Herzegovina lacks both the domestic certification systems and the customs infrastructure on her borders to meet these new requirements. Without urgent practical action this significant trade, vital to Bosnia and Herzegovina’s rural economy, will grind to a halt next year.

On this, the ball is in the Bosnian politicians’ court. Much of the reason this problem has not yet been addressed lies in familiar domestic political disputes. Arguments about which level of government should have responsibility for these issues have been given higher priority than the needs of ordinary people and their livelihoods. With every day that passes without action, the threat to farmers across the country, from Siroki Brijeg to Travnik to Banja Luka, increases.

This is a good illustration of the need for Bosnia and Herzegovina’s leaders to move past stale arguments about constitutional arrangements and to focus on the needs of ordinary people and businesses. At a time when the whole of Europe is struggling to create jobs and economic growth, it would be unforgivable to allow constitutional arguments to destroy badly-needed jobs and incomes.

Finally, building credibility as a prospective EU member starts at home. So we hope to see political leadership that rapidly puts the country’s finances back on a sound footing, ending the long and damaging period of temporary state financing and enabling international lending to resume. A Government which can do this will deserve and will get our full support, as it works to makes a reality of our shared goal of a secure European future for Bosnia and Herzegovina.