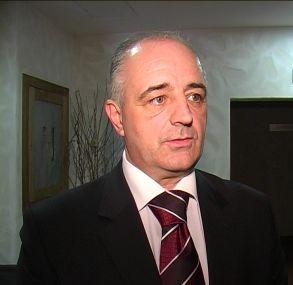 Food and Health Security in a Globalized World

This past summer, the deadliest outbreak of E. coli in recorded history claimed 50 lives and sickened thousands in Germany. However, its impact was not limited to Germany, with at least 140 more cases reported in 15 other countries. This is only the most recent example in a new trend in which food has started to represent a security problem in a globalized world, underlining the changing nature of security challenges today.

Verifying the safety of the food entering a state’s territory matters as much as monitoring the influx of people and weaponry, and yet ironically, this monitoring function depends as much on international cooperation as on an individual state’s own actions. In Bosnia and Herzegovina, the responsibility for ensuring food security falls largely upon the Food Safety Agency, which, established in 2006, only recently celebrated its fifth anniversary.

The Agency in accordance with EU standards

Based in Mostar, the Food Safety Agency (FSA) is a national-level scientific research institution composed of independent experts who monitor developing situations that could potentially impact consumers in Bosnia and Herzegovina. In forming the Agency, the structure of similar institutions in other EU countries was examined, thus forming Department for Risk Assessment, Department for Emergency and Crisis Management, Department for Official Control, Traceability, Risk Management and Risk Communication. The Director of Food Safety Agency, Sejad Mackic states: “The Agency has managed to assemble a multidisciplinary team of staff who are independent and are able to meet very demanding responsibilities and tasks, as a precondition for achieving a high level of health protection and consumer interests, and putting manufacturers on an equal level in the domestic and international market.”

The establishment of the Food Safety Agency has made it possible to update and adjust food laws in Bosnia and Herzegovina to EU standards, thereby safeguarding the well-being of citizens. Already, the Food Safety Agency participates in the Rapid Alert System for Food and Feed (RASFF), which enables swift communication between participants on quickly evolving situations. Mačkić emphasizes the importance of this: “The role and goal of the RASFF is to unite all members of the European Union into a single network for the rapid exchange of information between participants, to prevent the distribution and of products that pose a risk to human health. Since 2006, the Agency has received 48 RASFF notices warning of contaminated or hazardous food, which were immediately delivered to the relevant inspection bodies in the entities and in Brcko District.”

The necessity to keep up with the trends of other states (especially EU member states) is clearly an imperative for FSA, given the interdependence of the markets of Bosnia and Herzegovina and the need for rapid action in cases of contaminated food or other global crises. As FSA Director Sejad Mačkić broadly stated, “The dominant trend today is the globalization of trade, which creates the possibility that hazardous food and feed could become widely distributed and eventually appear in Bosnia and Herzegovina. “

Responding to the recent crisis

Thus, with reports circulating in late May that a particularly virulent form of E. coli was spreading swiftly throughout the EU, the Food Safety Agency was well positioned to act. Its first undertaking was to publish a press release, detailing the available information on the outbreak. In addition, the FSA contacted the inspection authorities in both entities and Brcko District, requesting that control measures be strengthened on imports of fresh vegetables. Shortly thereafter, the FSA hosted several meetings, attended by relevant representatives from the entities and Brcko District, for a debriefing on the situation and the actions being undertaken in BiH. On July 7, once fenugreek seeds imported from Egypt had been identified as the source of the E. coli, and in accordance with the European Commission’s emergency measures, the FSA formally adopted the decision to temporarily ban the import and transit of these seeds in BiH through October 2011. For Mačkić, the measures were timely and appropriate, and included “all possible actions toward protecting the health of citizens and consumer interests in Bosnia and Herzegovina. These measures were identical to those taken in the surrounding countries and the European Union,” thus validating the efficacy of the FSA in addressing emergent situations.

In spite of the Food Safety Agency’s tremendous progress over the past five years, Bosnia and Herzegovina remains hindered in lacking a national-level agricultural ministry. Indeed, the EU has recommended the establishment of a national-level agricultural ministry, which would guarantee that Bosnia and Herzegovina has one competent food authority when EU accession negotiations begin. Until now, the Ministry of Foreign Trade and Economic Relations (MOFTER) has taken the lead on a number of issues regarding food safety, with the nucleus for a future agricultural ministry recently established within the MOFTER through EU funding. Even so, the responsibility for food safety remains shared between the national and entity-level authorities, creating difficulties in responding immediately to rising food concerns and amending regulations.

Nevertheless, since 2008 up until today, on the motion of FSA BiH, the Council of Ministers of BiH adopted the Law on Genetically Modified Organisms along with 66 other food regulations, that are in accordance with EU Acquis. Director Sejad Mackic concludes: “The Agency faced a huge challenge, which is the adoption and harmonization of food regulations. A fact that we prepared 95 regulation, out of which 66 were adopted by the Council of Ministers, confirms that the Agency, in cooperation with the competent authorities of the entities and Brcko District, is facing this challenge rather successfully.”