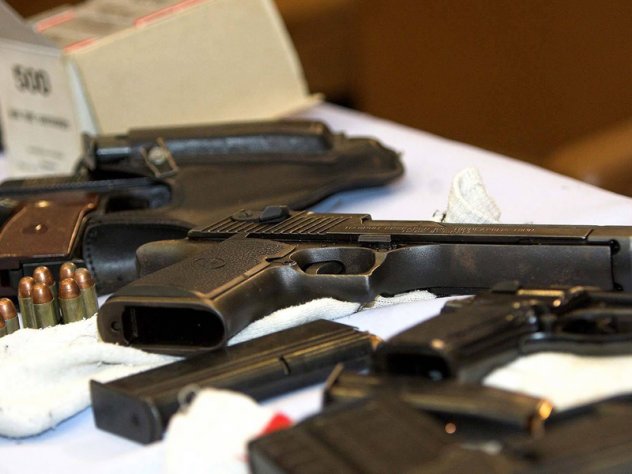 Seminar of the Center for Security Studies

Every fifth citizen of Bosnia and Herzegovina is illegally armed

According to the Secretary-General of the CSS, Denis Hadzovic, “one of the primary objectives of the seminar is to identify the key social factors that contribute to possessing and using illegal weapons and the analysis of preventative steps that should be taken to reduce the use and the possession of illegal weapons of the citizens of Bosnia and Herzegovina “.

The seminar is intended for the representatives of legislative and executive government in this area, members of expert commissions, experts in the field, academics, media, civil society and international organizations.

Hadžović presented a series of statistics that show the real dangers of illegal weapons in Bosnia and Herzegovina and the world, warning that as much as 90 percent of armed crimes are committed using illegal weapons in our country, and that total profit from the world’s illegal weapon trade varies between 95 and 165 billion dollars annually.

The event was addressed by Zeljko Grubesic, a member of the Joint Commission for Defense and Security and the member of the Parliamentary Assembly of BiH, who said that by the decision of the Council of Ministers in 2007, a working group was formed with the goal of adopting legislation on illegal weapons. However, nothing has been done to date. Grubesic said that it is time to move things forward and that it should take positive examples from the surroundings and adopt appropriate legislation.

Deputy Chairwoman of the Coordinating Committee for the Control of Small Arms and Light Weapons, Verica Trbic, noted that solving the problem of illegal weapons should be approached systematically, because the resolution of only one segment will not bring the desired results. Appealing to the representatives to accelerate the adoption of legislation, Deputy Minister of Security Ermin Pesto said that – despite the reduction in the number of criminal charges involving illegal weapons by 10 percent compared to last year – there’s still a large number of citizens that possess illegal weapons. He stressed the need to work on drafting the law on the import and export of weapons to better control the movement of weapons in Bosnia and Herzegovina and abroad, “because this is the problem that is closely linked with the problem of large quantities of illegal weapons in B&H”. Pesto also criticized the slow pace in addressing these key issues in Bosnian security.

The Project Manager of the CSS, Armin Kržalić, presented the topic, “The situation in the area of ​​illegal weapons in B&H”. He offered statistical data that shows that, according to statistics of the UNDP, there were 500,000 pieces of illegal arms in Bosnia and Herzegovina in 2004, and seven years later that number had risen to 750,000. Every fifth citizen of Bosnia and Herzegovina (19.5 percent) possesses illegal weapons. The data on the availability of weapons was also alarming – a hand grenade costs 5 KM, a rifle is about 300-400 KM, and a gun “tetejac” can be purchased for 150 KM.

The advantage to the experts

At this seminar, you could also hear the comments that the main problem is the mismatch between the entity and cantonal regulations and criminal provisions, and that in some cantons there are still penalties prescribed in Yugoslav dinars, which just shows the depth of the situation in some parts of the country, and the willingness of certain officials and agents to resolve the crisis. The fact that this is treated as a political, and not security issue is also recognized. A proposed solution is to employ experts rather than politically suitable staff to work on the drafting of legislation.

We are witnessing increasingly frequent cases of illegal use of fire arms across Bosnia and Herzegovina. It is clear that the legal regulation in this field is just the first step towards improving the overall security situation in the country. The Seminar of the Center for Security Studies is a step in the right direction and it should make it clear to the authorities that it is time to begin to deal with specific problems, because, as statistics show, without proper legal solutions the number of illegal weapons (and hence crime) can only increase. And that, regardless of political differences, is in no one’s interest.