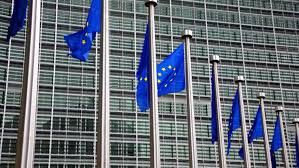 The EU issued its annual Schuman Day press release. Here are excerpts, and a link to the full statement, “Time to decide:  action for growth, action for jobs”

The economic crisis has demonstrated that debt fuelled growth is unsustainable. To tackle the crisis, the EU has undertaken a radical overhaul of its economic governance structures (especially in the Euro area) and of its financial sector. The challenge has always been how to combine fiscal consolidation and convergence, stability and growth.[1] These are integral to the new economic governance of the EU and we cannot have one without the other: the growth dimension that is built into the EU’s new economic governance structures complements the consolidation dimension and sound public finances are the requisite basis for lasting growth.

The economic situation remains fragile and varies across Member States. Overall the EU is in mild recession. Strong stabilising policy actions have averted a credit crunch, but without further determined action the EU can only expect a subdued recovery in the second half of this year.

In October 2011 the Commission published “a roadmap to stability and growth”[2] with five interdependent elements. It made clear that these should be implemented as a package since the measures would reinforce each other. The aim of this package is to break the vicious cycle of low growth, reduce tensions in sovereign debt markets and the vulnerability of the banking sector and to create a virtuous cycle of robust and sustainable economic recovery. The Commission called on the EU to

1.     give a decisive response to the problems of Greece

2.     enhance the Euro area’s backstops against the crisis

Good progress (briefly summarised in section 3 of this paper) has been made in most of these areas, which are about creating the conditions for sustainable future growth.  Now the fourth element – frontloading stability and growth enhancing policies – has moved to centre stage and needs to be pursued with the same determination and speed as the other elements. The EU has a world class growth strategy in its Europe 2020 strategy and it has put in place the new economic governance structures necessary to deliver its objectives. In this Schuman Day message the Commissions calls on all European stakeholders to step up their efforts for growth and jobs by accelerating the delivery of the Europe 2020 strategy, which is the right platform for any new growth initiatives. The Commission has proposed a pro-growth budget for 2013 and for the period 2014-2020. It has tabled legislative and other proposals that can start delivering growth now and getting people back to work. What is urgently needed is the collective political will of Member States to decide now on these proposals. This will be the response that the public and our international partners are calling for and the message of hope and delivery that can only be delivered through united action, deepening our economic and political integration.

To get the EU growing at a sufficient rate to create jobs, fund much needed investment, remove administrative burden and simplify rules for SMEs and to support Europe’s social support systems a mix of ingredients is needed. Putting several EU level initiatives together would give us a clear plan for accelerating the implementation of the Europe 2020 strategy and thus action for growth and jobs in the EU in 2012.

Each Member State needs to pursue a fiscal consolidation strategy within the parameters fixed at EU level under the new economic governance procedures. For most of them correction of the excessive budgetary deficit remains the priority. Steady delivery within the medium term EU parameters will help to build market confidence, reducing the cost of borrowing for some Member States and enabling those with greater fiscal space to increase growth enhancing investments.

To regain competitiveness several Member States need to reform their labour markets, create better conditions for business and adapt their tax laws to make them more employment friendly. On 30 May the Commission will publish its country specific recommendations for all 27 Member States in which it will address their key structural weaknesses and recommend action to tackle them so that growth prospects improve. The issue of excessive imbalances in some Member States will also be addressed as part of this package.

The EU’s Single Market still has untapped potential to deliver new sources of growth and jobs. That is why the Commission proposed the Single Market Act and is preparing a Single Market Act II. Much can be done at EU and national level through growth enhancing structural reforms…

Solidarity and self interest among member states call for smart ways of combining future use of the eu budget with national funds to produce as a powerful catalyst for growth. A strong drive for investment in growth could be built…

3.     Progress with other elements of the October roadmap

Since the Commission published its Roadmap in October 2011 much has been done to give a decisive response to the problems of Greece.  A second EU/IMF programme for Greece has been agreed and a one off private sector debt write down was negotiated. In a recent Communication on Growth for Greece[12]  the Commission provides full details on the intensive EU action to support Greece

There has also been important progress in enhancing the Euro area’s backstops against the crisis: The “firewall” against sovereign contagion has been strengthened by accelerating the setting up of the European Stability Mechanism and by combining the resources of the European Financial Stability Facility with it., EU Member States have made an important contribution to increased resources for the IMF. In 2011[13] the Commission launched a consultation on the feasibility of different options for stability bonds (joint issuance of debt in the Euro area). Once a sufficient level of fiscal consolidation has been achieved, and the sovereign debt risk has been averted, the Commission believes that the EU should give serious consideration to some form of joint issuance of debt for the Euro area.

With the reformed Stability and Growth Pact the EU fiscal framework provides a solid, rules-based system to secure fiscal discipline. It sets out clear reference values for activating preventive and corrective action if limits are exceeded. The application of these rules is based on economic analysis as well as legal provisions, together with an overall assessment of the structural sustainability of public finances and allows for objectively-based differentiation between Member States according to their fiscal space and macroeconomic conditions. Central to the implementation of the rules is the assessment of the budgetary measures taken by the Member States in particular in structural terms.

These principles are reflected in the EU’s fiscal consolidation strategy which calls on those Member States that have more fiscal space to let the automatic stabilisers function fully and those Member States under close market scrutiny to tackle their fiscal challenges as part of confidence building measures vis à vis the markets.

Medium-term economic sustainability will be built through successive decisive steps in structural reforms and financial stability. The Commission is currently assessing the stability programmes presented by all Member States by the end of April. On this basis and taking account of its Spring forecasts which will be published on 11 May, the Commission will propose a common policy approach for the euro-area as a whole at the end of May when it publishes its country specific recommendations as part of the 2012 European Semester.

Action to strengthen the banking system, namely through recapitalisation, is ongoing. By June 2012 all the main EU banks will have strengthened their capital bases in a common effort coordinated by the European Banking Authority, and in a way that does not lead to excessive deleveraging.  The restoration of bank lending to the real economy has also been aided by the European Central Bank’s two longer term refinancing operations. The EU is in the lead in implementing G20 commitments to improve the regulation and supervision of the banking sector. The reform package will be complete in June when the Commission will propose a common legislative framework for the recovery and resolution of banks and investment firms.  This will provide a set of tools allowing for the managed failure of institutions in crisis, without taxpayers ultimately bearing the burden.

Major steps have been taken to build a more robust and integrated economic governance. The new economic governance structures (based on the “six pack”) are up and running and 25 Member States have signed a new Treaty on stability, coordination and governance in the economic and monetary union. The Commission would like to see its proposals for Regulations[14] on further strengthening budgetary surveillance in the Euro area adopted rapidly.

The EU needs to show the same speed and determination in implementing its growth agenda as it has already shown in fiscal consolidation. This short paper shows that many proposals are on the table, waiting for Member State and European Parliament endorsement.  While the return to lasting growth will take time, a turn around can be achieved by the end of this year if the necessary decisions are taken now.

The Commission’s country specific recommendations will be discussed by the EPSCO Council on 21 June and ECOFIN on 22 June.

The European Council meeting on 28/29 June will draw the 20120 European Semester to a close, on the basis of the Commission’s recommendations and other inputs from the Commission which will include a package of proposals on the implementation of the Services Directive. At that meeting the Commission will call for the rapid adoption of the proposals mentioned in this paper, including for adoption of an ambitious future budget for the EU, to create the conditions for a return to growth and job creation across the EU.