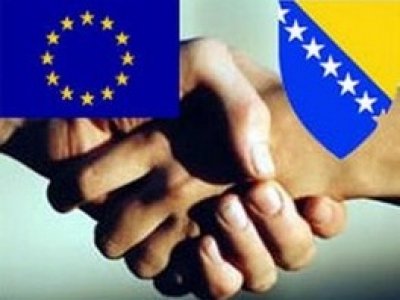 Necessary Reform of the Judicial System:

There has recently been a great deal of discussion among politicians in Bosnia and Herzegovina (BiH) about reforming the country’s judiciary.  A functional judiciary is in the interest of all citizens and is supported by the European Union (EU).  However, this goal appears unachievable due to conflicts between various political parties.  On the one hand, these disagreements highlight the challenges of EU-mandated reform.  However, it is absolutely imperative that BiH have democratic and functional judicial bodies that provide adequate access to justice for all citizens.

A Beginning to the Negotiations Process

Negotiations addressing judicial reform have begun between the EU and BiH.  Meetings were held in Banja Luka, Mostar and Sarajevo.  EU representatives have given representatives of BiH’s government a number of recommendations regarding the technical questionnaire on judicial reform.  BiH authorities are obliged to respond by August 31, 2011.  Bakir Dautbašić, Secretary of the Ministry of Security, attended the meetings and explained their implications to the public.  «It is a lengthy technical questionnaire that must be responded to by all levels of government within the given period.  Eventually, the BiH Ministry of Justice will compile all of the responses and submit them to the EU delegation to BiH,» he said.  According to some observers, major differences of opinion exist regarding the goals of judicial reform in the Federation (FBiH) and the Republika Srpska (RS).  Despite this, the fact remains that the recommended changes are necessary in order to maintain a democratic system and ensure human rights and legal security for all citizens.  Continued dialogue between BiH authorities and the EU is a key step towards the harmonization of BiH’s judiciary with European and global standards.

FBiH President, Živko Budimir, believes that opening a process of structured dialogue with the EU marks the beginning of judicial reform in BiH.  It will allow for the legal framework to be restructured, refined and upgraded.  «We have two objectives.  The first is to improve our functionality and achieve a greater degree of independence.  The second is to fulfill the conditions for enhance Euro-Atlantic integration.  Through dialogue, compromise and work, we can lead this country to a brighter and more secure future,» Budimir told the public.

A common critique given to the judicial system is that its work is generally slow and inefficient.  Cases are not resolved in a timely fashion.  In May 2010, the RS began work in five economic courts in order to quickly and effectively resolve economic issues within the entity.  The economic district courts in East Sarajevo, Bijeljina, Trebinje, Doboj and the primary district court in Banja Luka represent RS President Milorad Dodik’s response to the RS business community.  Business people in the RS sought the swift resolution of business disputes and improved efficiency of the judiciary.  It certainly represents a step forward in reforming the national judiciary.  Why can’t this be done in the FBiH?  During the period when BiH was part of Yugoslavia, there were six economic district courts in Sarajevo, Tuzla, Mostar, etc.  There was also a senior economic court.  Following the breakup of Yugoslavia, despite the fact that the economic courts were one of the most important parts of the judiciary, it appears as though they were totally forgotten.  It was only last year in the RS that such a system was reestablished.

The FBiH must now address the problem of overcrowded courts. Although there are currently 38 courts in the FBiH, (10 Cantonal, 27 municipal and the FBiH Supreme Court) their workload is simply too much.  The establishment of specialized courts is the key solution to this problem.  The EU has called on BiH to urgently and effectively reform its judicial system, regardless of whatever “controversies” may ensue.  However, it appears that civil society is much more reasonable and willing to compromise, when compared to the political parties.  This has been clearly demonstrated by a group of NGOs working under the umbrella of Justice Network BiH, which organized a roundtable entitled “Human Rights and Justice in BiH” in early June 2011.

During the roundtable, the budget deficit was identified as a significant obstacle to reform.  However, experts report that this hurdle can be overcome if the number in the budget is reduced from 14 to 4 (Entity, Brcko District and State-levels).  The introduction of specialized courts can reduce the workload (as examples of best practices from the RS have demonstrated) and improve the speed and efficiency of the judiciary.  According to the BiH Ombudsman for Human Rights, the majority of court complaints relate to the inefficiency of the judiciary and its administration, as well as violations of the right to trial within a reasonable time period.  One can conclude that reducing the courts’ burden and ensuring faster and more efficient operations must be one of the basic goals of any judicial reform.

The second goal of any reform process must be the harmonization of laws.  There is an urgent need to draw up a comprehensive of list of laws requiring modification in order to comply with the law against discrimination.  The law on free legal aid at the state and entity levels also requires immediate adoption so that the courts can work effectively.