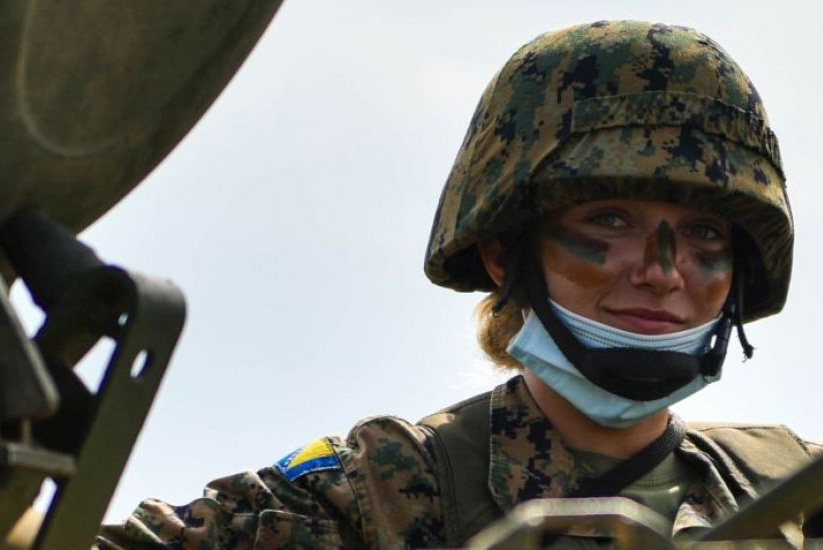 The Belgrade Government cooperates intensively and comprehensively with the NATO Alliance

In 2006, the NATO Alliance Summit was held in the beautiful Latvian capital Riga, and the author of these lines remembers very well the words of a young Latvian man who explained to him that, for Latvia, membership of NATO was more important than that of the European Union (EU). This sounded blasphemous to someone whose country wanted so much to become a member of the Union at that moment, while perceiving NATO membership as just a step on its road to the EU.

The young Latvian man did not feel any need to explain his “sacrosanct” thesis at length, but instead pointed his finger to the East, i.e. to the Russian border.

“You never know when the Russian bear will wake up”, the young Latvian interlocutor told me, while explaining how for the majority of Latvians getting into NATO meant the realization of a lifelong dream.

Latvia had joined NATO two years before the Summit, in the same year that, in a major round of enlargement, it became a member of the EU on 1 May 2004, together with nine other countries.

It was, therefore, many years before the annexation of Crimea and the intervention in the East of Ukraine that would occur eight years later when the “Russian bear” had finally woken up. What in 2006 was just a specter became a cruel reality and concrete threat in 2014.

Out of fear of the mighty and whimsical neighbor on their Eastern border, Latvians sought security in NATO – the most powerful military-political alliance in the world and the most successful military alliance in history.

Many people in Bosnia and Herzegovina know very well the feeling that the Latvians had toward NATO in those years. For Latvians at the beginning of the 2000s NATO – in guaranteeing security from their incomparably more powerful and threatening neighbor – represented the same as it does for today’s Bosnia and Herzegovina: the key strategic goal that would give the country long-term security and create the preconditions for its stability.

That is why for Bosnia and Herzegovina – which has in recent years again become a stage for the confronting interests of great powers – joining NATO at this moment is an existential issue, and a strategic goal more important than its accession to the EU.

Although joining NATO is sometimes referred to only as a step on Bosnia and Herzegovina’s path to EU membership – leading some to wrongly claim that no country has joined the EU before joining NATO – in the case of BiH, membership of NATO represents not only the more important, but also the more attainable goal. That is of course on the condition that within BiH the necessary political consensus exists, which is the precondition for NATO membership.

Unlike the European Union – whose further enlargement, despite proclaimed policy and promises, at the moment is extremely questionable and uncertain – the enlargement of NATO is a realistic and attainable goal.The Union is already faced with enlargement fatigue, particularly in the case of the biggest and the most important members such as France, without whose green light there is no continuation of the expansion process.

Although we have heard European officials repeat many times that the future of the Western Balkans is in the EU and nowhere else – and that a united Europe will not be whole as long as all the countries of our region are not part of it – leading European politicians are not mentioning it any more. Or else they speak about it very rarely and unconvincingly.

Although as early as the 2003 Thessaloniki Agenda the EU had set the formal framework for the continuation of European enlargement to include the Balkan countries – guaranteeing the European perspective on the basis of individual countries’ merits – only Croatia succeeded in using that opportunity, while other Western Balkan countries remained outside of this integration process.

At the moment, only two countries are negotiating membership – Montenegro and Serbia – while two more, North Macedonia and Albania, are hoping to start their negotiations. BiH only hopes to get candidate status, and at the moment it looks like it will have to wait for quite a long time.

Unlike the EU, NATO does not show signs of enlargement fatigue. Several years ago NATO accepted Montenegro, and more recently North Macedonia; in both cases strategically important countries in which the Russians had invested enormous energy trying to prevent their membership. For both countries, joining NATO meant leaving the Russian orbit of influence to join the Western military and political camp, which always causes tectonic quakes and resistance.

With these two Western Balkan countries in NATO, Moscow has undoubtedly lost yet another strategic battle with the West in the Balkans. Disintegration, and stopping the spread of further Euro-Atlantic integration is the key – and as a matter of fact, the only – goal of Russian foreign policy in the Balkans.

Having accepted Montenegro and North Macedonia in its ranks, NATO has undoubtedly confirmed its strategic resolve, vitality and ability to absorb new members.

This does, however, provide proof indeed that a direct link no longer exists between membership of NATO and that of the EU, as it did ten or more years ago. Yet it does not mean that NATO membership is less important, particularly in the case of BiH for whom membership of the North-Atlantic Treaty Alliance is vital and precious.

Why is membership of NATO precious for BiH?

Many malevolent players now perceive Bosnia and Herzegovina as booty again. Russia and China, for example, are shrewdly using the weakness and indecisiveness of the EU to spread their own influence. Russia is openly trying to prevent further expansion of Euro-Atlantic integration.

On the eve of Montenegro’s accession to NATO in October 2016, during the decisive Parliamentary Elections, Russian citizens – together with Montenegrins – participated in planning a coup d’état and an attempt to assassinate pro-Western Montenegrin leaders, with the aim of installing a pro-Russian and pro-Serbian government in Podgorica.

After this failure pro-Serbian and pro-Russian forces have not given up, as the results of the last election in Montenegro clearly show. Following those elections, a pro-Serbian and pro-Russian coalition was finally installed in Podgorica, dominated by the advocates of  Greater Serbia and clerics. Although for the time being they do not fulfill the great expectations of its sponsors in the Serb Orthodox Church, Belgrade and Moscow, which is why Belgrade is not openly calling for the current government to be overthrown.

In the last several years, Russia has intensified its intelligence, political and economic presence in the region, and in Bosnia and Herzegovina in particular, as it tries to shake  the country’s confidence in the EU and NATO. Proof of this is the recent gaffe by the Russian Embassy in BiH which stated that BiH getting closer to NATO is “an act of hostility against Russia” to which Russia will be forced to react – which represents a direct threat expressed against a sovereign country.

The recently published Slovenian non-paper with the proposal “to finalize the process of disintegration of Yugoslavia” evidently confirms why membership of NATO is crucial for the future of Bosnia and Herzegovina, given that ideas of new ethnic divisions in the Balkans were revived during Donald Trump’s term in office.

Of course the relevance of that document should not be overstated, since it was created most likely towards the end of Trump’s term. But one should not underestimate it, particularly since the European Council also unequivocally confirmed the existence of the Slovenian non-paper – which contains an initiative to change the borders in the Western Balkans – although it refused access to the document itself, as well as refusing to make its content public. After a detailed analysis, the Council concluded that the publication of the document would, as they put it, “jeopardize international relations”.

When we view the non-paper in the context of “the Serb World” policy – which Vučić’s Interior Minister Aleksandar Vulin explained Serbia will not give up, just like it will not give up “its” Republika Srpska – it is clear that Serbia again sees itself in the role of the regional hegemon, despite that same policy ending in multiple defeats in the 1990s, the consequences of which Belgrade cannot reconcile with even today. Vulin proclaimed the creation of “the Serb World” as the most important project of his generation.

All of the above represents a huge challenge for Bosnia and Herzegovina, and one of the solutions for it is to get closer to and then join NATO. Advocates of the Euro-Atlantic road for BiH should not miss the current momentum, marked by the arrival of the new US Administration and the return of the United States to the Balkans. The US is still the only super-power with any real power in the Balkans, and  the only one capable of opposing those who would create new borders, those who promote ethnic divisions and corruption, those who do not respect the judgments of the international tribunals, and those who deny that genocide was committed in Srebrenica.

We will soon see how serious and how resolved Biden’s Administration is when it comes to its announcement of sanctions, the freezing of assets, and its ban on entry into the USA for all Balkan leaders who have been contributing to the region’s destabilization.

However, just as the greatest threat for Bosnia and Herzegovina does not come from the outside but from within BiH, so the solution to its problem must come from within.

Bosnia and Herzegovina itself will have to overcome its internal contradictions in order to secure internal cohesion and legal certainty, without which there is no stability. That will make it easier for the country to continue down the road to NATO membership  – which is primarily a political, and only afterwards a military alliance.

The key to Bosnia and Herzegovina joining NATO is, I repeat, the achievement of internal consensus. At the moment, Bosniaks and Croats support it, while the Serb leadership faithfully follows the Serbian narrative vis à vis NATO – although at the same time the Government in Belgrade cooperates intensively and comprehensively with the Alliance.
This is yet another internal paradox for which BiH must find a solution.

The author is a well-known Croatian journalist