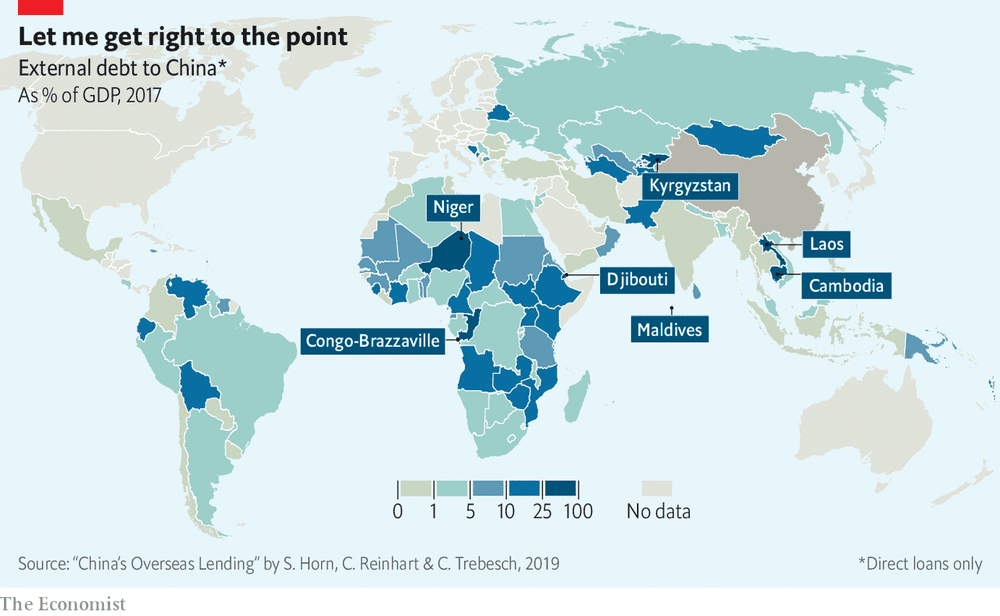 It is evident that China is gradually increasing its economic and social influence and building infrastructure in Montenegro now in order to exert its influence on the country’s internal and foreign politics in the future.

According to some research, China has become the  world’s biggest  creditor in   developing countries.

In the Western Balkans China stands ahead of the European Union (EU), which has more stringent conditions for loans and repayment of   financial support. The  outcome is  that  foreign debt in the Western Balkans region is more and more in the hands of China. According to the data provided by  Freedom House, Montenegro and Northern Macedonia respectively owe 39 and 20 percent of the state’s debt to China.

Besides  loans, investments   from China are increasingly  marked by the term “corrosive capital”. The phrase comes from  the Center for International Private Entrepreneurship (CIPE), with the explanation that it refers to either private or state capital that lacks transparency, accountability and a market orientation, and which comes from  authoritarian regimes to  countries in transition.

The “corrosive capital” exploits and exacerbates existing weaknesses in governance to influence economic and political developments in the recipient countries.

Numerous studies have shown that China adjusts its investment strategy for  each country, focusing on their weakest institution.

The  non-transparent and non-market-oriented nature of these investments stimulates corruption and degrades transparency and the rule of law in  recipient  economies.

Since regaining  independence  in 2006, the inflow of foreign direct investments (FDIs) has served as an important generator of   economic growth for  Montenegro. In 2018, the gross inflow of FDIs  to Montenegro amounted to 9%  of  GDP, which is   high  compared to other  countries of the region.

Tourism, banking, energy and real estate are the sectors which receive most foreign investment.  During this period  Russia was the biggest direct investor in Montenegro, with $1,27 billion   of cumulative investment.

Despite deteriorated bilateral relations, Russia is still among five leading investors in the country.

Significant investments have come from  Western countries, as well as from the United Arab Emirates, Turkey, Azerbaijan and China, which is the focus of this article.

According to  data published by the Central Bank of Montenegro in October 2020, China was the biggest investor in Montenegro in 2020, with 70 million Euros of direct foreign investment.

With the rise in public debt during the economic crisis that occurred after Montenegro re-gained independence, the country needed money for  development  and it had to look for it in the East. Western sources of financing had stringent crediting conditions which Montenegro found difficult to meet.

A motorway that leads to a debt trap

Despite numerous warnings and the fiscal unsustainability of the project, in 2014 the Government of Montenegro took a loan from the Chinese EXIM Bank for the construction of the Bar – Boljare Motorway. The road had been included for years in the country’s national plans for the integration of its transport network  with those  of  neighboring countries and beyond, into  European road corridors.

The 809 million Euro loan for the construction of the first section of the motorway led to a dramatic rise in Montenegro’s public debt.

From the very beginning the project was marked  by a significant lack of transparency. Many documents relating to the planning and construction of the motorway were protected as secret, and even several years later the public did not get a complete picture of the project. Given the bilateral agreement between the two countries, and the credit arrangement being based on that agreement, any national regulations that would have increased control and transparency  – including those related to public procurement – were bypassed.

After two extensions of the deadline  it is expected that the first section of the motorway will be finished next year, when the first installment of the loan will have to be repaid.

Although the IMF has already warned that “the hasty completion of the motorway would probably jeopardize the fiscal sustainability of Montenegro”, the construction of the remaining three sections has entered a stage of uncertainty due to the crisis caused by the COVID-19  pandemic, which has seriously affected the Montenegrin economy.

In June 2020, the Montenegrin Government requested  financial support from the IMF  via the Raid Financing Instrument (RFI). It stated it would not undertake any further stages of construction of the Bar – Boljare Motorway, or any other capital expenditures that could jeopardize the sustainability of the debt, until the prospects  for the public finances have  significantly improved.

The first stage of the motorway, which is close to completion, is an impressive construction through  the Montenegrin mountains –  but it ends up in the middle of nowhere, and will not be able to create conditions for a return of the investment in the near future because it has not been connected to the regional network yet.

Meanwhile, meager resources that could be spent in more profitable ways are being wasted.

The main “corrosive effect” of the Chinese loan is that it blocks the autonomy of present and future Montenegrin governments because, financially, it ties the country’s hands for years to come.

Under the burden of high public debt, Montenegro has more and more difficulties finding money on the financial markets, and it has already taken on loans under unfavorable rates of interest from  neighboring countries.

Montenegro’s public debt discourages prospective investors because a potential increase in  taxes to finance the debt would be seen as an unnecessary business cost. The lack of inflow of investments and other revenues will make it more difficult for Montenegro to continue financing its reform projects. The combination of fiscal risks and management risks due to the growing dependency on China could also jeopardize Montenegro’s geo-strategic orientation and related democratic development.

With a greater economic presence in Montenegro, China’s political presence has increased  as well. Bilateral relations between the two countries are developing. Many agreements on cooperation in different areas have been signed, while the liberalization of visa policy is underway.

Exchange programs between Montenegro and China are well developed  and include frequent visits by large groups, such as public administration and local government representatives, business associations, media, academic communities, teachers and students. The cooperation between the two countries in the field of education is continuously developing. All three universities in Montenegro have established partnerships with  Chinese universities.

Every year, the best Montenegrin students receive scholarships  to study in China. The Confucius Institute organizes classes of Chinese language across the country.

Media reports mainly emphasize   the importance of the Bar –Boljare Motorway project, Chinese donations to Montenegro, and the promotion of cooperation between China and Montenegro.

On the other hand, one rarely finds articles about the Chinese political system, the quality of life of its citizens, or  social inequalities. The Chinese Embassy in Montenegro often organizes visits of Montenegrin journalists to China.

These often involve visits to Chinese companies, important project locations, historic and cultural monuments, and the media. Reports on such tours  are usually one-sided and mostly positive because visitors are only offered   the good sides of China.

The rise in Chinese economic and political presence in Montenegro (and the media reporting about it)  influence the views of citizens, and in  recent years  polls have shown that the popularity of China competes increasingly  with that of the European Union (and Russia), while other Western countries are greatly behind them.

When assessing Chinese influence in Montenegro we must bear  in mind the long-term political, economic and even civilizational decisions that  Montenegrin society will have  to take.

A fragile democracy in a constant process of transition cannot strengthen the bodies of democratic self-regulation if it is under the economic and  political influence of a society that  is totalitarian and undemocratic in its essence.

It is evident that China has been gradually increasing its economic and social influence, and building infrastructure in Montenegro, to one day use it to exert its influence on the country’s internal and foreign politics.

All foreign investors in Montenegro have been treated as nationals, and there are no restrictions on the right to  private ownership or the establishment of companies in Montenegro.

Furthermore, Montenegro currently does not have any mechanisms to control incoming foreign investments. Registration of an actual  end proprietor has not been introduced yet, which leaves room for   capital inflows that originate  from hidden owners or illegal activities.

By signing international agreements, it is possible to bypass national legislation relating to  public procurement, including its transparency. Investments into projects of  strategic importance for the Montenegrin economy may thus evade necessary public scrutiny.

As a small country, Montenegro will always have exceptionally asymmetric economic relations with  powerful economies. However, excessive dependency on the capital of any foreign state  and concentrated primarily in  key industries must be avoided.

Montenegro must be cautious when it evaluates its resources, particularly when it comes to investments in  electric energy production – coal, hydro , wind and solar power plants. Despite the obviously great need for major development projects, the Government of Montenegro should not enable major  countries like China to have  cheap and aggressive access to its limited resources. Enabling their entrance into such key industries must be assessed from a perspective of   national security and economic development.

This article is based on the results of research on  Chinese economic influence in Montenegro conducted by the Podgorica-based Center for Democratic Transition (CDT), with  the support of the Washington-based Center for International Private Entrepreneurship (CIPE).