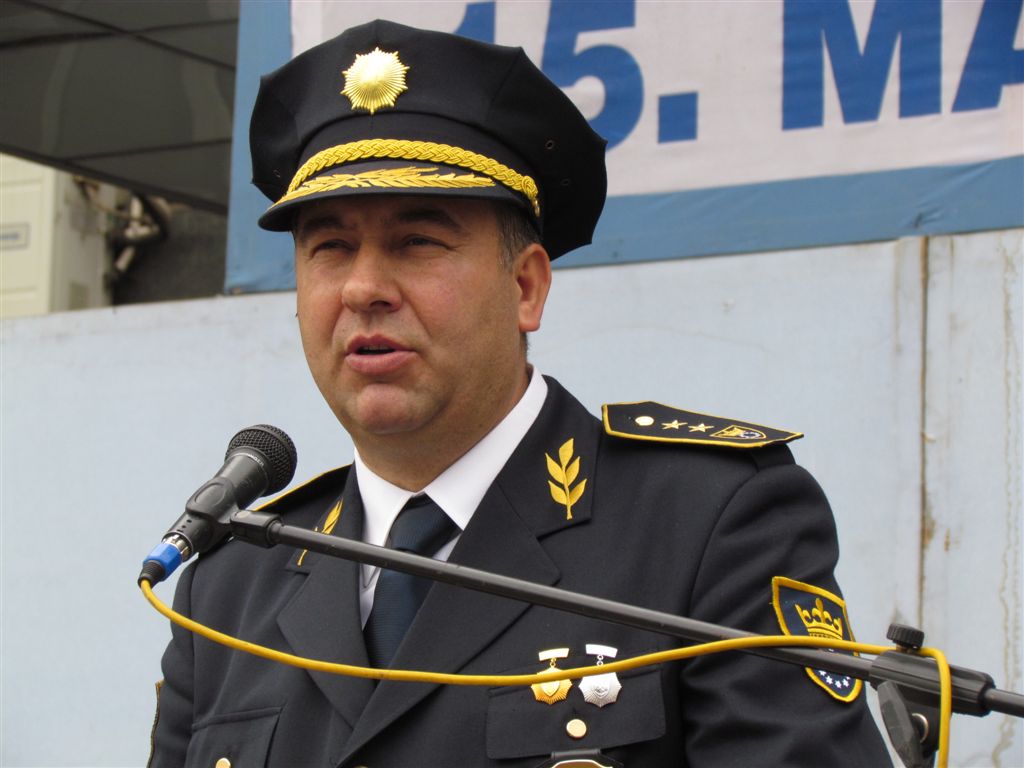 {artsexylightbox}The Commissioner of the Police Department of the Zenica-Doboj Canton, Fahrudin Bećirović, says that police work is one of the noblest, but also most difficult and dangerous professions today. In times of economic crisis, political turmoil and general feelings of insecurity in the country, such a profession is under even greater pressure. In an interview with the Commissioner, Atlantic Initiative learned more about the everyday challenges of this noble calling.

How would you describe the overall state of security?

Through analyzing intelligence data, police officers plan further concrete steps and actions in the areas where security-related problems are evident.  This information general relates to an increased number of criminal acts and other illegal actions.  When viewed through this lens, it’s possible to say that the security situation is satisfactory.  Of course, one must keep in mind the surroundings and social and economic situation facing citizens of Bosnia and Herzegovina (BiH) as quite negative factors.

Could you compare the level of criminality (so-called “petty crimes” such as burglaries and robberies) in the period before and during the recession in BiH?

The economic crisis has caused an increase in crime, especially property crimes.  In response to this, a Plan of Measures and Activities was adopted, with the goal of creating a positive security situation. The desired effect was reduced crime, public disturbances and traffic violations, with a special focus on the juvenile population.

If we look at statistics, the number of incidences of breaking and entering, car theft and burglaries in houses, apartments, companies and firms in 2009 was lower than that in 2008.   However, in 2010, the number of such crimes increased, and returned to approximately the same level as in 2008.

Have the police been able to secure football games, fairs and other large public gatherings without incident?

Our Police Department uses a considerable number of officers and works in cooperation with event organizers and security agencies in order to create and maintain safe conditions at such events.  Last year, 1655 large public events took place and this represents a significant segment of our work.  For these cases, special security plans are drawn up that incorporate measures to ensure physical, traffic, operational and bomb squad security.  Furthermore, crime police officers are assigned to specific operational security tasks.  They gather useful intelligence data and if necessary, take measures within their authority to prevent criminal acts from happening.  Given that such events attract a large number of visitors from other cantons and municipalities, traffic increases.  A considerable number of police officers are engaged in traffic regulation and control.  The Police Department of the Zenica-Doboj Canton has been applying the Law on Sports Competition Security competently for the past five years.  Overall, we have achieved positive results. This is confirmed by the high-quality security provided recently for local and international football matches.  No cases of public disorder or threats to individuals or property have even been reported.  Football matches are characterized as high-risk events, for which the maximal engagement of all police officers and sufficient planning are required.  Zenica enjoys a reputation for providing professional security services at such sporting events.

It’s apparent that many measures focused on traffic security are being carried out.  Nevertheless, numerous casualties occur on the roads.  How can this problem be solved?

A document called the Measure Action Plan for the Basic Security of Road Traffic (FBiH 2008-2013) is currently in force.  This calls for more severe repercussions in the case of traffic violations.  We have begun the process of installing radar systems on the M-4, M-17 and M-18 highways and roads.   So far, we have installed 4 cases with 3 active radar systems.  Soon, video surveillance systems will be active throughout the Canton.

As you can see from the Zenica-Doboj Canton’s police report, officers control a significant number of drivers and vehicles.  Given the large number of minor offenses, fines are administered according to the Law on Basic Traffic Security in BiH.  The “ProVida” system, which makes use of specially equipped vehicles that document driving offenses, is used to monitor speed and illegal passing.

All of these activities are intended to decrease the number of traffic offenses and accidents, as well as of course the reduction of injuries and deaths on the roads.  We want to achieve a high level of traffic security.

Over the last few months, the FBiH Ministry of Internal Affairs has undertaken activities aimed at the detection and sanction of corrupt and negligent police officers.  Can you tell us something about the results of this internal monitoring?

Last year, 152 complaints related to unlawful conduct of police officers were reported.  Of those, 31 were characterized as founded.  As a result, 47 police officers were subject to internal investigation.  Disciplinary sanctions were administered for both minor and major violations.  This Department also implements measures prescribed in the State Strategy for the Fight Against Organized Crime and Corruption.  We are determined to fight all forms of internal and external corruption.  Our goal is to have a highly moral, honorable and professional police force that will apply laws consistently and protect our citizens and the rule of law.

Can you please share a bit of information regarding your personnel policy? What are your views regarding current needs and solutions?

Do you cooperate with local authorities?

That is a very important aspect of our work.  The chiefs of police departments and commanders of police stations attend daily meetings with the representatives of local authorities, municipal institutions, citizens’ associations and other relevant citizens.  Then, within the scope of their authority, the police can help improve citizens’ living conditions.  This can relate to security problems and illegal activities such as begging or domestic violence.  Through the assistance of institutions, police officers can more easily document such activities, identify their causes and effectively work toward their prevention.

How helpful are citizens in solving some cases?

I must point out that maintaining the professional conduct and action of police officers is truly a constant struggle.  That said, police work is one of the noblest, but surely one of the most difficult and dangerous jobs.  We must protect citizens’ lives and property and they expect a great deal from us.  Our citizens want to live and work in a safe environment and as a result, we carry a heavy burden on our shoulders.  We are committing and obligated to provide a secure environment.  Only an honorable, professional and serious approach to our work can allow for our success.  There has been excellent cooperation with citizens recently.  It is important for citizens to cooperate with the police.  If they provide information about unlawful activities, they can serve as our partner in creating the conditions for a better and safer life.

The Zenica-Doboj Canton shares a border with the Republika Srpska. How are the police coordinated?

Within the scope of our authority, we cooperate daily with all police agencies in BiH, including with our colleagues in the Republika Srpska.  This cooperation is particularly relevant for the documentation and processing of major crimes, especially regarding organized criminal groups that operate in both entities.  I’m referring to crimes such as auto theft, narcotics-related crimes and human trafficking, among others.  We could improve our cooperation on mutual activities such as documenting and apprehending members of organized criminal organizations. I hope that in the future, we will work together on activities that will result in the arrest of individuals from both entities that are responsible for major criminal acts.