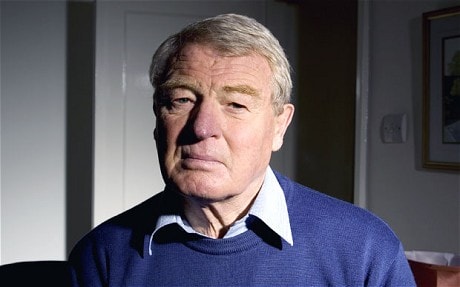 The European Union is failing to confront a new breed of Bosnian Serb nationalists and unless it does so bloodshed will return to Bosnia, Paddy Ashdown has warned.

Lord Ashdown, the former international high representative for Bosnia, between 2002 and 2006, has told The Daily Telegraph that mounting Bosnian Serb pressure to break up the multi-ethnic state threatens to plunge the region into a new conflict.

The Liberal Democrat statesman, credited with a key role in putting Bosnia on its feet after the war, added his voice to growing criticism of Baroness Ashton and a “less than competent” EU deal last week with Serb separatists.

It is the first time that Lord Ashdown has predicted that conflict could return to a region devastated by war crimes and ethnic cleansing during the 1990s, reflecting growing diplomatic pessimism about Bosnia and Herzegovina’s future.

“For 10 years Bosnia was the poster boy for international relations, making steady and sometimes miraculous progress towards statehood, capable of joining the EU and Nato,” he said.

“For the last five years the dynamic in Bosnia has reversed itself. The centripetal forces have become centrifugal ones. The dynamic is now moving in the wrong direction. I think if that dynamic is not reversed then Bosnia is moving towards separation and that cannot be done without more blood. I think the situation is now very poor. I don’t say that conflict is around the corner – because it’s not. But whereas even a few months ago I would have said we cannot get to conflict, I would not say that now.”

European diplomats have revealed that a “livid” Lord Ashdown phoned Lady Ashton last week to relay his fury over the EU’s decision to cut a deal with the current leader of the Bosnian Serbs.

“It is a hostage to fortune that may cost us more in the long run,” he said. “I think it was bought at a price which we shouldn’t have paid.”

Milorad Dodik, the president of the Republika Srpska, the Bosnian Serb part of the federal Bosnian state, had threatened to hold a referendum challenging Bosnia’s multi-ethnic judicial system.

Mr Dodik, who accuses the West of exaggerating the Srebrenica massacre and who denies that Bosnian Serbs, such as Ratko Maladic carried out genocide, is suspected by most EU diplomats of seeking the break-up of Bosnia.

The judicial vote, set for June, would have directly challenged the existence of Bosnia which in 1995, in the aftermath of war, bound together the Muslim-Croat Federation of Bosnia and Hercegovina with the Serb Republika Srpska.

Under the deal, brokered by Lady Ashton, the EU foreign minister, the referendum was dropped in return for negotiations with the Bosnian Serbs on the future of judicial institutions in Bosnia, to take place in the summer.

Lord Ashdown, 70, believes that the EU should have used powers given to it and the UN after the Bosnian conflict 16 years ago to overrule Mr Dodik, including the use of sanctions, including asset freezes and travel bans against him if he resisted.

“The EU has always preferred the path of the short term, anything to avoid a crisis rather than facing up to the issues,” he said. “I think the effect has been to enhance the status of the person, Dodik, who is leading the process of breaking up Bosnia and diminishing the standing of the EU and its foreign minister.”