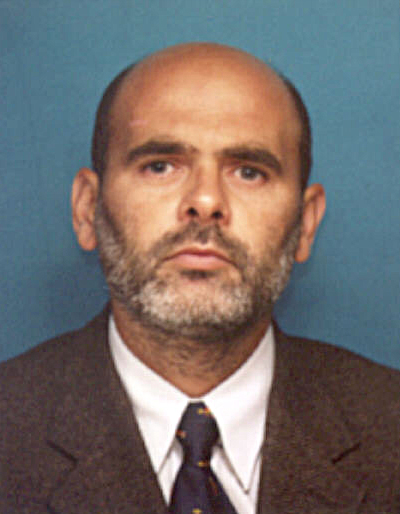 Surplus weapons and the trade in illegal arms represent a formidable problem to all post-conflict countries. Nevertheless, in Bosnia-Herzegovina, modern mechanisms for the control of arms trafficking have been introduced, in conjunction with a relatively rapid process for the destruction of unusable and unstable surplus weaponry within the Armed Forces of BiH.

In accordance with the conclusions of the United Nations’ “Programme of Action to Prevent, Combat and Eradicate the Illicit Trade in Small Arms and Light Weapons (SALW) in All Its Aspects” of July 2001, Bosnia-Herzegovina formed the National Coordination Committee for SALW. Through the National Coordination Committee, the government of BiH aimed to ensure the control of SALW throughout the country and thereby foster safer communities. Thus, the 2008-2012 Strategy and Action Plan of BiH includes directives for aligning BiH’s anti-trafficking policies with the UN Programme of Action (POA), with plans currently in process to design a strategy for the next four-year period. The UN POA provides local, regional and international recommendations to member states for combating the illicit trafficking in weapons, including guidelines on regulating the production of weapons, the destruction of surplus stores, and guidance on adequate storage. Tracking the movements of current weapons is also a priority, as the POA provides guidance toward the creation of a database and on the appropriate methods for recording arms movements. International cooperation on the issue also features prominently in the POA, with a premium on demilitarization and demobilization of surplus stores. However, measuring success in these fields is extremely difficult, given the complexity involved in regulating arms movements. According to the POA, member states are required to meet once every two years and must report on their progress annually. Bosnia-Herzegovina has done this regularly, but there are countries—as many as 34—which have failed to file a single report detailing their progress.

Development of the new database

AI: In May of this year, there was an annual meeting of the signatories to the UN POA in New York, during which countries compared prior gains in this area with previous instruments of control and current progress. You participated in this meeting on behalf of the government of Bosnia- Herzegovina. What are your impressions? How are other countries progressing on this issue?

Brajić: It depends primarily on the level of development of the country. Bosnia-Herzegovina is the leading country in the region, in terms of small arms control, and is fairly well positioned in relation to other developed countries in the world. In the last two years, Bosnia-Herzegovina was among 107 countries of the 192 current members of the UN POA which has regularly reported and submitted national reports. Whether this is due to the unfortunate circumstances of war, which have kept Bosnia-Herzegovina under the spotlight of the international community more so than other countries, I do not know. Still, it is certain that we have substantially improved standards of export controls and increased our capacity to destroy surplus arms within the defense industry. Our companies, like Pretis, Binas, Vitezit, and others, are working hard to destroy surplus weapons.

AI: The registration (identification) of weapons was the focus of the POA meeting. How do countries register their weapons?

Brajić: Until now, the practice was that when importing arms, you acknowledged the weapon’s registration from the country of origin. In order to facilitate the effective monitoring of weapons movements, states are obligated to adequately mark all weapons held by government forces, specifically military and security forces, and potentially imports as well. States are obligated to take appropriate measures to inform the UN of what has been undertaken, especially if a government plans additional labeling or new measures to prevent the deletion or damage to existing code. Special attention is placed on the creation of a database of all arms present with the territory of a state. Bosnia-Herzegovina is trying to establish a database that will allow for the efficient tracking of firearms, but also seeks to improve cooperation with other countries and international organizations. Increased international cooperation will help in combating illicit trafficking in weapons and will allow more detailed tracking of SALW. Cooperation with Interpol through their Sarajevo headquarters is also extensive. The only problem is the inertia of the administration of Bosnia-Herzegovina.

It is interesting that there is an increasing trend globally for states to create and maintain a database in which each weapon is registered. For each gun, a test shot will be fired, after which detailed information will be entered into a database. In order to reinforce the safe and legal transit of SALW into and through Bosnia-Herzegovina, our country will adopt these measures. We are currently in the final stage of developing the database for the Ministry of Security detailing weapons movements within the borders of Bosnia- Herzegovina. How long will it take us before we are able to create a database with the personal registration of each weapon? At this point, I do not know.

AI: How have the progress reports the government of Bosnia-Herzegovina sends to the UN POA office been evaluated?

Brajić: For now, the government of Bosnia-Herzegovina is in very good standing, in terms of the progress that has been made. The UN Office analyzes the submitted reports and publishes a final report, in which they share examples of good and bad practice and provide a cross section analysis of the effectiveness of state controls on SALW globally. Beginning this year, in order to improve reporting practices and ensure better implementation of the desired goals and accepted obligations of the POA, the format of the required reports has changed as well as the types of questions asked. Now, the information we deliver is more comprehensive and accurate, and better reflects the actual situation in a country.

AI: Can you explain how national mechanisms for the control of illegal SALW trafficking actually work?

Brajić: Bosnia-Herzegovina is working in accordance with the recommendations and programs of the Organization for Security and Co-operation in Europe and the UN. One of those programs is the UN POA, which monitors the state-level strategy and action plans for combating illegal arms trafficking. Our biggest problem is conflicting or non-harmonized laws within the state—we have a total of twelve laws dealing with this issue, at the cantonal, entity, and state level, which are not the same! Another prerequisite for an effective approach in the fight against the illicit arms trade is the harmonization of national laws with EU standards. Bosnia-Herzegovina has made significant progress in this arena, in large part with the help of UN Development Progamme. However, we are currently at a point where further progress is not possible, as a national government has yet to be formed. The European Union is also undergoing a period of modification in the legislation on arms trafficking, making it better to wait and see, so as to harmonize national laws according to the newer standards. It is important to note that there is no need for the introduction of new legislation; rather, the focus is on the harmonization of existing laws. The only change in national legislation is the recently adopted amendment to the Law on Control of foreign trade of goods and services of strategic importance to the security of Bosnia and Herzegovina, which encompasses the arms trade. In my opinion, this law is a very positive development and addresses the possible failures inherent in the arms export process. The export process under the new amendment also involves the Intelligence and Security Agency (OBA / OSA). The leading ministry for exports is the Ministry of Foreign Trade, with approval required by the Ministries of Security, Defence and Foreign Affairs, and if necessary, any other agencies, all in compliance with international agreements to which Bosnia-Herzegovina is signatory.

AI: What is happening with the surplus weapons remaining from the war?

Brajić: Surplus weapons are not just a problem for our military forces. According to a UNDP study from 2004, approximately 495,000 households in Bosnia-Herzegovina illegally possess small arms. You can imagine what a significant potential threat that represents! As for the surplus of the Armed Forces, in their possession, there are currently about 20,000 tons of obsolete surplus. The BiH Presidency has decided that these surpluses are to be dealt with as follows: destruction (primarily unstable ammunition); selling (in accordance with the old contracts); and donation. The process of destroying surplus has been carried out without problems.