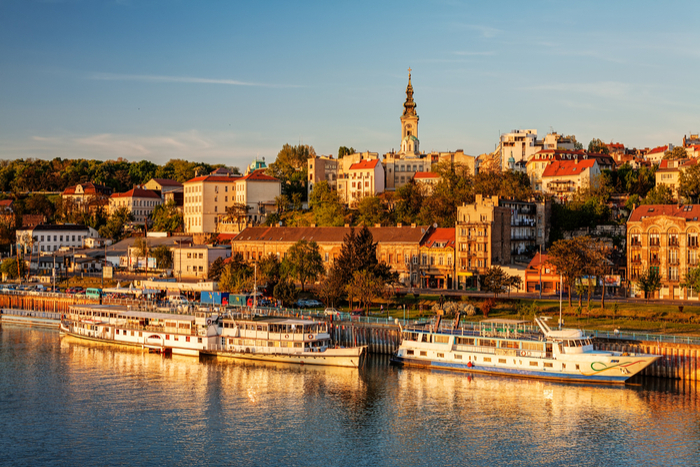 The attempt by Kosovo special police units to take over the Jarinje and Brnjak border crossings in northern Kosovo sparked heated debate in Belgrade on Tuesday (July 26th), as the two opposition parties left the parliamentary session over the ruling majority’s refusal to discuss the events in Kosovo.

The refusal of EULEX and Serb members of the Kosovo police stationed at the border to implement Pristina’s recent ban on Serbian imports to Kosovo prompted the intervention, which was met by opposition from local Serbs.

Serbian Minister for Kosovo and Metohija Goran Bogdanovic and the head of the government’s team for negotiations with Kosovo, Borislav Stefanovic, immediately arrived in the north, ina bid to reduce tensions, but also urged Serbs to remain at the barricades until the withdrawal of the special units.

Serbian President Boris Tadic also called for calm and urged the EU and the US to halt Pristina’s operation. “I believe there is no dilemma over the matter in central US institutions, but it is quite possible that some people from the [US] administration are encouraging Pristina to make such moves,” Tadic said during a visit Tuesday to Prague.

The Serbian president said Pristina’s move could jeopardise the dialogue between Serbia and Kosovo that started in March and which recently yielded their first agreements.

However, Tadic dismissed the possibility of the conflict escalating. “Serbia will not wage war, but we are warning all others that the use of violence envisages great risks,” he said.

Media reports, meanwhile, are quoting Foreign Minister Vuk Jeremic as saying that Serbia has requested an emergency session of the UN Security Council.

Belgrade Faculty of Political Sciences professor Predrag Simic told SETimes that Belgrade has no good move to make, other than feverish diplomatic efforts. According to him, Pristina’s moves are meant to provoke the Belgrade government, which is facing a general election next year. “The bad news for Belgrade is that, after The Hague tribunal, the biggest obstacle on the path to the EU will be Kosovo,” Simic said.

Indeed, the events in Kosovo have produced new divisions among parties in Serbia. The two leading opposition ones, the Democratic Party of Serbia and the Serbian Radical Party, left the parliamentary session because the government did not want to launch an urgent debate on the Kosovo crisis.

It should also be noted that Democratic Party of Serbia Vice President Slobodan Samardzic asked that Belgrade not return to the negotiating table with Pristina if the situation does not normalise.

“The Serbian government must insist on the return to the situation before the Kosovo government’s decision to ban the inflow of Serbian goods to Kosovo. Otherwise, Belgrade will be in a checkmate position in the continued talks,” Samardzic told SETimes.

The opposition also demands that the government spell out what it would do if Kosovo authorities launch a massive attack on Serbs in the north.

Analyst Aleksandar Radic tells SETimes that Belgrade has little room to maneuver. “The agreement that ended the war in 1999 stipulates that NATO takes care of security in Kosovo, rather than Serbia, and Belgrade cannot do much there,” he said.

Serbian Agriculture Minister Dusan Petrovic also denied accusations from Pristina that by refusing to recognise Kosovo customs stamps, Serbia was preventing the entry of Kosovo goods. Petrovic told the media that the goods could enter Serbia with an UNMIK stamp, which the Kosovo government had pledged to use when it joined the Central European Free Trade Agreement.