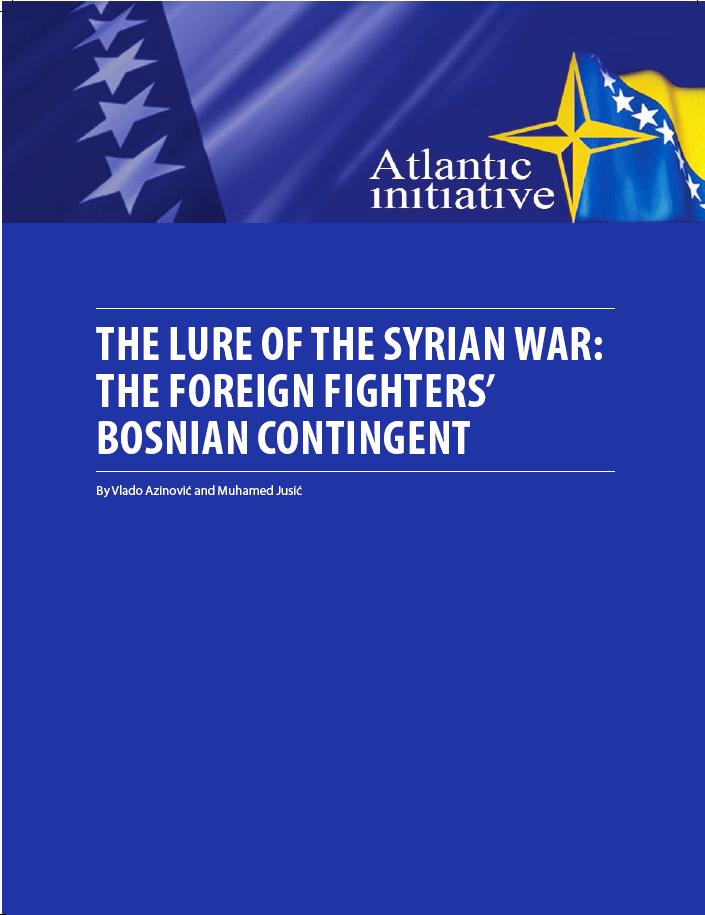 Bosnian fighters returning from Syria and Iraq are forming regional militant networks that pose a direct threat to security in the Balkans and beyond, a study warned on Thursday.

The returnees have formed links extending to Serbia, Montenegro, Macedonia, Albania and Kosovo, said the non-profit Sarajevo-based Atlantic Initiative, and may be radicalizing youngsters on the margins of society.

“Once a destination country for foreign fighters in the 1990s, Bosnia is now the country of origin for volunteers in other people’s wars,” said Vlado Azinovic, a co-author of the report.

Drawing on both intelligence sources and open documents like court records, it said a total of 192 Bosnian adults and 25 children, aged 5 months to 17 years, had traveled to the conflict zones of Syria and Iraq from spring 2012 to the end of 2014.

Of these, 156, mostly men, had gone there to fight, making Bosnians one of the larger contingents of foreign jihadists from Europe. More than a third of the 156 had previous criminal records, and their ages ranged from 18 to 74.

Although the majority of Bosnian Muslims are moderate, some have embraced a radical Salafi form of Islam under the influence of foreign fighters who arrived in Bosnia during its 1992-95 war to fight alongside Muslims against Orthodox Serbs and Catholic Croats.

While 115 adults have stayed in Syria or Iraq with no apparent intention of returning, 51 have returned to Bosnia, “battle-hardened and ideologically radicalized”, according to the study. Twenty-six were killed in combat.

The report called for better coordination among Bosnia’s fragmented police forces, still divided along political and ethnic lines, and for increased monitoring of the Internet and social networks, which have become the key media for radicalizing and recruiting young people.

Last year Bosnia introduced prison terms of up to 10 years for those who organize, recruit or finance the departure of citizens to fight in foreign countries.

Twelve people were indicted in May for fighting for Islamic State in Syria. A Muslim preacher is currently on trial for publicly inciting and recruiting people to go to fight in Syria and Iraq.