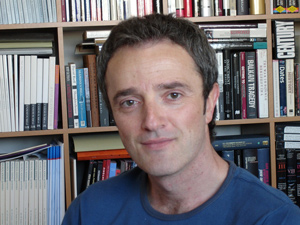 Failure of security institutions. There is a certain profile of people who are easier to radicalise and recruit.

I believe that the terrorist attack in Bugojno was an isolated act which does not prove anything exept that Bosnia and Herzegovina also faces the global threat of terrorism, said Vlado Azinovic, an expert on terrorism.

Azinovic is a professor of the Faculty of Political Science in Sarajevo, where he teaches “Terrorism in the Modern World”. He is also co-director of Atlantic Initiative.

It is a terrible loss of human life, but it can serve to open our eyes. There are actors who, for different reasons, political or otherwise, provide justification and understanding to individuals who do not share BiH interests, nor the interests of Bosniacs or Muslims- says Azinovic.

After this terrorist attack, all BH citizens are rather concerned about whether this was an isolated incident or if there is a threat of this becoming a trend. They are cocerned that BH cities become like those of Baghdad or Kabul…

I am not familiar with the investigation reports or intelligence information, but I want to believe that this is an isolated case wich happened because of a surveillance failure over these groups. In the indictment of Rustempasic, the name of the person now suspected of committing the Bugojno terrorist act is mentioned 30 times.

Another person is mentioned as well, [Haris Causevic,] who they say has now confessed to the crime. Clearly, there should have been some kind of operative action taken against these people. Why this did not happen, I do not kow, but it is a surprising oversight by the responsible national agencies and international actors.

People on the Margins

Should this be a reason for some kind of final confrontation with those radical elements who evidently exist, in various forms, in BiH?

Radical elements exist, but it is very difficult to distinguish the particular nature of radicalism. You and I can be radical, but our radicalism does not have to have a physical manifestation. It is hard to distinguish who really has a predisposition for this kind of action, as in the case of these people. We observe that eache of these individuals have a criminal record; they have prior convictions. There is a profile of people who are easier to radicalise and engage. They are usually people from disfunctional families or people who are on the margins of society.

One of the individuals named is pretty confused regarding his identity. He posted onto his Facebook profile “Azra” lyrics, and also claimed to be a fundemantalist believer. I do not believe that something like this should automatically trigger police raids, in wich anybody who thinks differently, believes differently and expresses himself differently would become a target of operative action and repression. On the other hand, it is time to realize that we have opened our doors to these kinds of people and ideas that trigger this type of action and that we should intensively monitor these phenomena.

How much can this event harm BiH, especially because of the fact that we have previously been singled out, especially in the foreign media?

I am encouraged by the foreign media, even those in the region who cannot wait to “drink our blood,” and confirm that what they had been claiming all these years as true; now, they seem to be more prudent. The foreign media has hardly covered the incident at all. Many in the foreign media have been coginzent of the context in which this incident occurred; they do not want to exaggerate the signifigance of this particular event beyond what can be objectively established. This incident does not prove anything, except that in BiH there exists the same security threat present in other countries, and that is clear to all of us.

Religious community is not the return address for criticism

Although society and politics can be held indirectly responsible for encouraging radicalism through poverty, unemployment and lack of prosperity, some blame the religious communities as well. Are these claims founded?

I do not see how it is possible for religious communities to be capable of confronting these issues, Reisu-l-ulema Mustafa ef. Ceric once said that the Muslim community is not the religious police, and he was right. I do not think that the religious community is the proper return address for criticism. Perhaps they could have explicitly distanced themselves, but this is a reflection of a failing society and state.

Extreme ideologies and people with criminal records are not Bosnian-specificum and it does not qualify BiH as a terrorist threat. That which qualifies us, is the fact that we are an unsuccessful state where we have state errosion, corruption, and incompetent rule. Political compromise determines which officials are placed within the security institutions, and they simply execute political orders. The other thing is the fact that there are a lot of weapons and explosives left over in BiH.