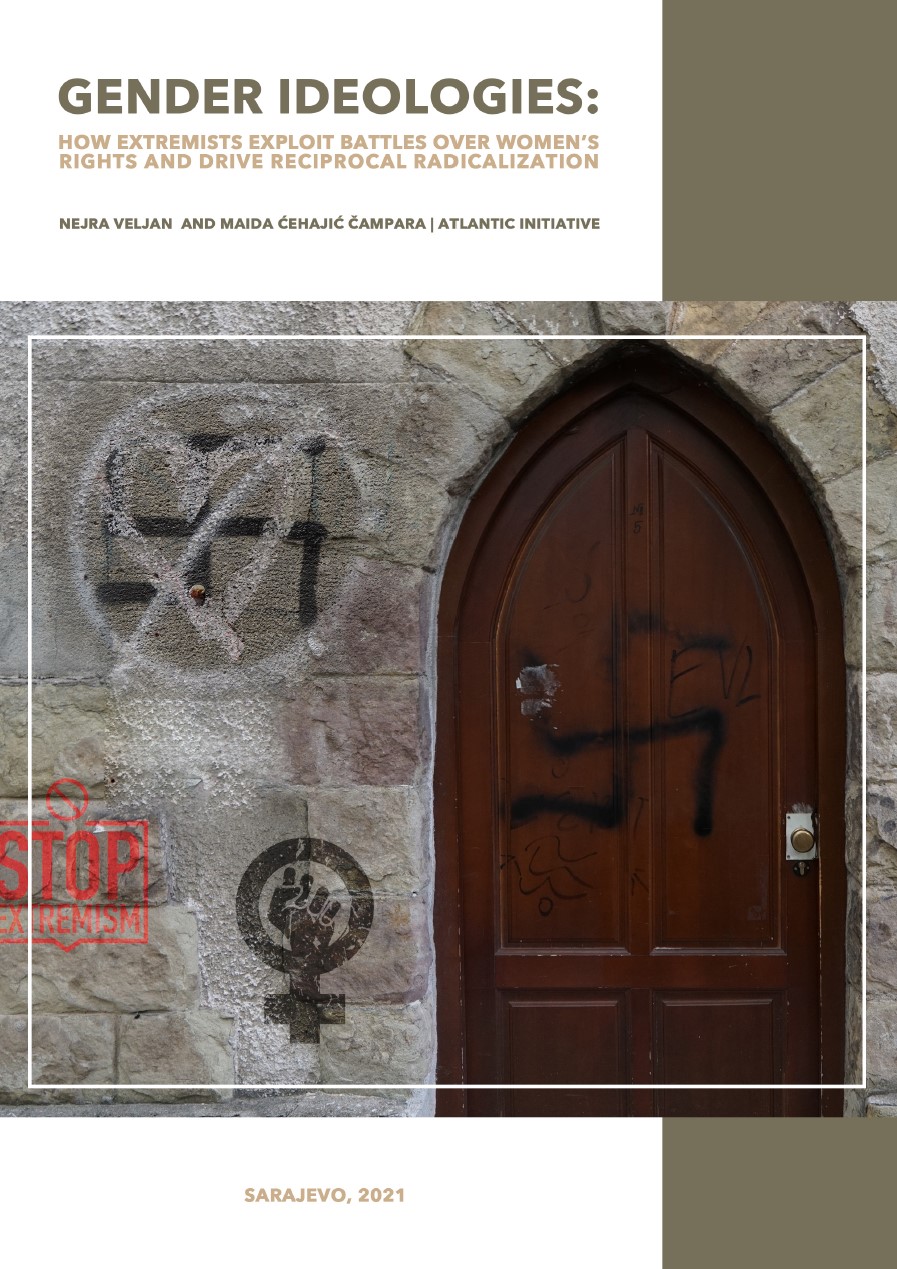 During a far-right gathering at the World Congress of Families in Italy in 2019, an ultra-conservative Spanish activist declared that “this culture war is a global war. Enemies have infiltrated all institutions, from political parties to the United Nations. But the tide is turning. Now, we must launch global campaigns in the ultra-conservative fight-back, collaborating across borders. We must also seize power, directly or indirectly, by “controlling the environment” in which politicians operate.”  That same year, addressing the United Nations General Assembly, UN Secretary-General Antonio Guterres stressed the need to counteract the current “pushback against women’s rights”, and emphasized that everyone should be “calling out a troubling commonality in terrorist attacks, extremist ideologies and brutal crimes: the violent misogyny of the perpetrators.”

Both speeches were powerful and frightening, but only one called out the enemy. Nationalist mobilization following the rise of right-wing and authoritarian regimes in Eastern and Western Europe – and throughout the world – has spawned new forms of extremist narratives gathered around traditional and religious arguments, in which gender plays a major role. Discussions around gender norms, issues, and policies can have a significant impact on political mobilization.

Debates around abortion, family policies, the “nature” of women and men, sexual education in schools, gender studies in universities, and the position of sexual minorities follow political dividing lines – with the far-right occupying one end of the spectrum. We see these forces embedded in new nationalist policies and rhetoric, as well as in populist and extremist mobilization under the veil of an anti-feminist narrative. A manipulated discourse that men are under threat from efforts to establish gender equality has brought about a rise in new manifestations of the patriarchy, coloured by nationalism, anti-immigrant rhetoric, and misogyny. Gender analyses are therefore crucial if we want to conceptualize and understand extremist groups. Such analyses can help us not only understand the underexplored intersection of gender and politics within the far-right, but also think about how the dynamics of this phenomenon might shift.

After the far-right gathering in Charlottesville, USA, that resulted in Heather Heyer’s death, right-wing groups targeted their reaction against the deceased, calling her a “slut” and explicitly celebrating her death. They described Heyer as the “definition of uselessness”: to them, a childless 32-year-old woman represents a “burden on society who has no value.” Such rhetoric testifies to the intertwined relationship between the far-right and misogyny. It demonstrates how right-wing groups and individuals base their beliefs on male supremacy over women – especially the supremacy of white men.

Protests in Croatia following the ratification of the Council of Europe Convention on preventing and combating violence against women and domestic violence (Istanbul Convention),  along with Turkey’s withdrawal, and Bulgaria, Poland and Hungary’s efforts to distance themselves from the Convention, further point to a strong correlation between the rise of far-right populism, extremism, and anti-feminism.9 In addition to the drive for nationalist mobilization, these examples point primarily to a deep disregard of the need to protect the physical, sexual, economic, and psychological integrity of women, and to a desire to further politicize women’s human rights and represent them as attacks on tradition, religion and nation.

Political and security responses to cases of open misogyny, and the promotion of violence against women by right-wing or Salafi fundamentalists, indicate a lack of democratic policy mechanisms to address the misogynistic violence that these groups (in)directly initiate. This paper offers several arguments in response.

In order to produce this paper, the researchers used a qualitative analysis of social networks. The qualitative analysis of more than fifty Facebook groups, YouTube channels, and web portals based in the BiH and the region, established a surprising universality of language forms and constructions used when writing about women “who are not to their liking.” It is important to note that researchers have been gathering this data for the past couple of years, and some (with proper quotations and references) were used in previous Atlantic Initiative publications. Furthermore, the authors’ used previous insights gained from in-depth interviews and focus groups with Salafi fundamentalists and far-right members in BiH and they are used throughout the paper as quotes from interviews and focus groups.