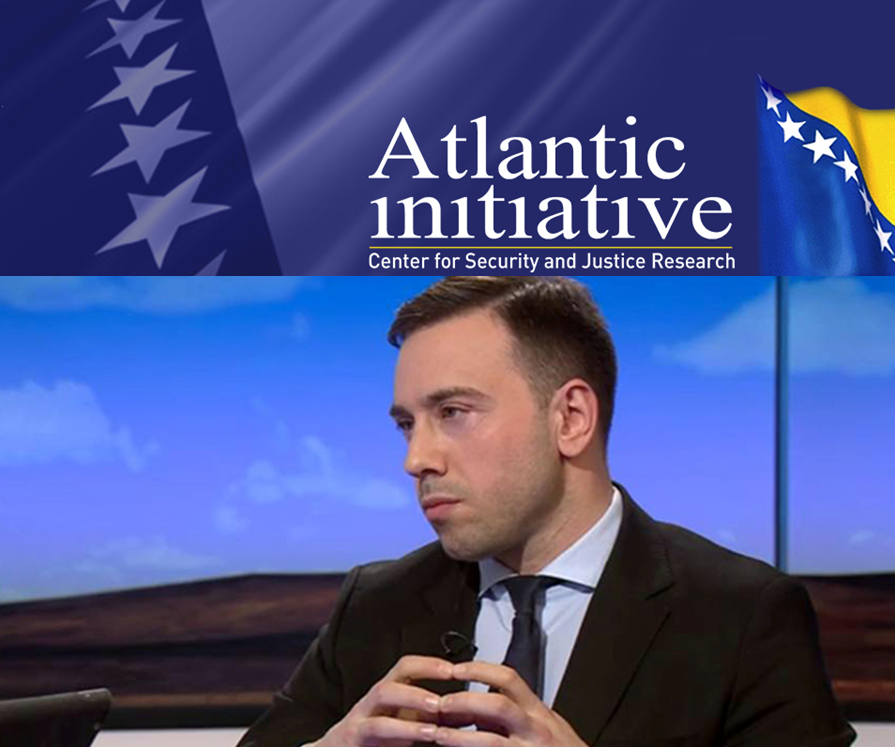 SARAJEVO – There is no country in the world that is not a target of radicalism and extremism and the threat is always present, said today in Sarajevo the Managing Director at Quilliam Foundation in the UK Adam Deen prior to the meeting of experts organized by Atlantic Initiative in the framework of the project “Prevention of radicalism and violent extremism among young people in BiH”.

Adam Deen was previously a senior member of the Islamist extremist organization, Al-Muhajiroun, and utilized universities himself as a key source for recruitment. Adam became disillusioned with his extremist beliefs and began a journey away from Islamist extremism.

Adam now dedicates his work to countering extremism and the Islamist ideology he once subscribed to, which he believes tarnishes the beauty of Islam. Adam’s past experiences add tremendous value and insight into ways to counter Islamic extremism.

In 2012, Adam founded the Deen Institute, which teaches Muslims critical thinking skills and increases awareness of Islam’s rich intellectual heritage. He has spoken at over 40 university campuses across the UK and has debated with prominent academics on issues surrounding extremism, religious philosophy and theology.

On the biggest cause of problems in the fight against terrorism, Deen said that most of us want to define terrorism through an analysis of the bin Laden period, and the evolution of terrorism is often not understood.

Terrorism is neither a physical enemy nor does it occupy a country and control its resources, but rather it is an ideological threat. ISIL wants to attack the West (an example of this is the terrorist attacks in Paris) because ISIL wants to punish them for vice and prostitution. He also points out that there is no logic that can be used in the fight against terrorism, because the fight against terrorism creates a “battle of ideas”.

Deen also stressed that ISIL probably will not exist in six months time, but what will remain are ideas that will spread and become more attractive to young Muslims. He concluded that, in workshops all over the world, he is trying to teach young people how to recognize the various forms of terrorism and extremism, and to challenge them.

CRIMINAL PROSECUTIONS OF FOREIGN TERRORIST FIGHTERS IN BOSNIA AND HERZEGOVINA

ZOOM ROUND TABLE: “Russian malign influence and the security of Europe”

BRING THEM BACK: MANAGE THE RISK

A Waiting Game: Assessing and Responding to the Threat from Returning Foreign Fighters in the Western Balkans