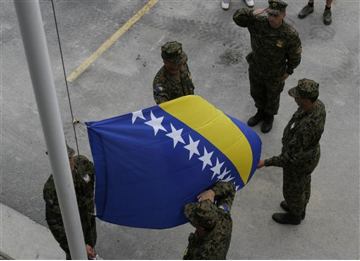 The question of structure, jurisdiction, chain of commands, tasks and goals of Army Forces are also regulated by the Defense Law. It is important to say that the article 49 of this law obligates respecting the Dayton Peace Agreement and forbids its obstruction. Also, according to the article 84, Parliamentary Assembly, Council of Ministers, Presidency and all other subjects of the defense, according to the Constitution and jurisdiction, will do everything in their power to pursuit all the neccerary activities in order to affiliate Bosnia and Herzegovina into NATO.

According to Minister of Defense Selmo Cikotic, the Army Forces of B&H represent the most responsible, well organized and best disciplined part of Bosnia and Herzegovina’s society.