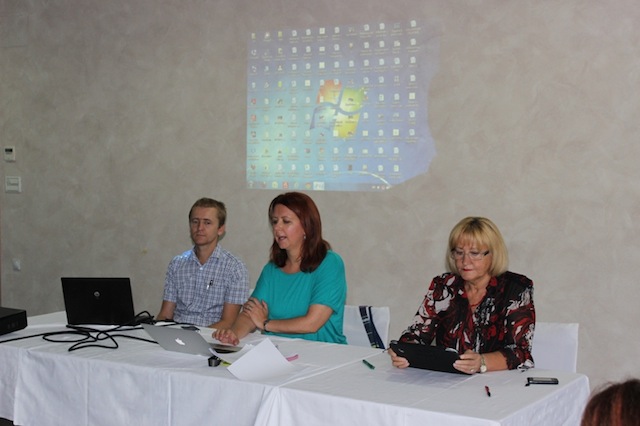 PRIJEDOR – A workshop entitled “Security, Rights, and Inclusion of Returnees – Prijedor and its Region,” organized by the Atlantic Initiative was held in Prijedor on August 1, 2013. Members of the legislative and executive authorities in Prijedor took part in the workshop, which also included representatives of the police, schools, and NGO sector, and of returnees in the legislative institutions of Republika Srpska. Along with Sead Jakupović, the City Assembly Speaker, the workshop was attended by Prijedor’s Chief Imam, Merzuk Hadžirušidović; Sanja Munjiza from the Security Forum; Đorđo Jež of the local community police service; and Mile Došenovic, Zoran Inđić, and Damir Kajtaz from the Prijedor Public Security Service.

The aim of the workshop was to present the results of research on the security of returnees, conducted by the Atlantic Initiative in Prijedor and the region from January to August of 2013. With the support of Dr. Azra Pašalić, workshop moderator, and Sudbin Musić, research associate, Dr. Edina Bećirević presented the research, which indicated that a large number of returnees to Prijedor still live with a deep feeling of insecurity.

Opposing opinions on the role of returnees and the level of their integration into Prijedor were aired at the workshop. Still, people familiar with the social complexities in Prijedor were surprised by the extremely high level of communication among people in attendance. All attendees agreed that returnees do face security issues and that the research results had objectively illustrated the situation on the ground in Prijedor, but they disagreed over the causes of such conditions.

The research examined the experiences of Bosniak returnees specifically. Prijedor was identified by the researchers as an ideal environment for such a study because it is a community that was among the first in Bosnia and Herzegovina to implement the process of return, at least in terms of the return of pre-war property to the non-Serb population. However, in the last several years, Prijedor has been noted as a site of serious violations of returnee rights.

“Serbs and Russians are brothers forever”: far-right support for Putin’s invasion of Ukraine