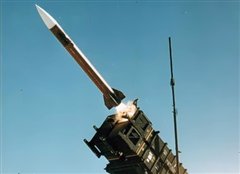 The Russian Foreign Ministry has said that the permanent stationing of US Patriot missiles in Poland, which arrived in the country this week, “is a violation of the basic agreement between Russia and NATO in 1997.”

The Patriot missiles and around 100 American troops are stationed in Poland just 60 kilometres from Russia’s Kaliningrad border.

Minister Grushko said Moscow is monitoring the process since the presence of these missiles evokes anxiety. The official added that there are no logical explanations for stationing Patriots near Russia’s borders.

On Thursday Russian foreign minister Sergey Lavrov, demanded an explanations from Poland and the US on the issue.

The head of the Foreign Affairs Committee of the Russian Lower House Konstantin Kosachov, in Warsaw this week, said that from the military view point the location of Patriot missiles on Polish territory seems irrelevant, but raises questions of political nature.

“Poland will not apologise for exercises or training conducted together with her allies,” said Poland’s head of diplomacy. Radoslaw Sikorski.

Commenting on the statement of the Russian deputy foreign minister, Radoslaw Sikorski said that the S-300 Russian air defence system is stationed close to Poland’s border. He underlined that as a NATO state Poland has every right to set up defence systems together with its ally and this should not cause any problems.